I'm writing this from a sunny, warm  Belvedere Cove, on the Tiburon Peninsula, in San Francisco Bay, where I'm tied up at the San Francisco Y.C. with a pretty, steep, tree-covered waterfront area in view. 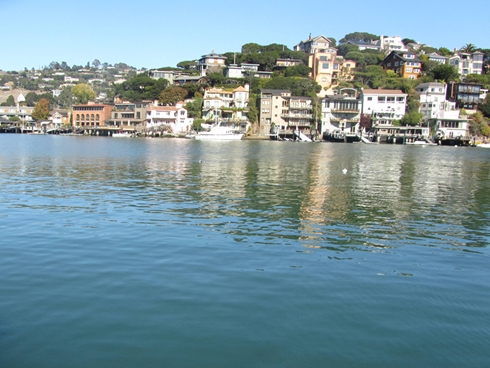 After strong wind picking up overnight, making me reef right down in order to slow down from 7-8 kt and avoid possible entry with a strong ebb current, the wind suddenly died away totally on getting closer to the entrance channel to the Golden Gate and there was thick fog.... Motor on! Useful to have the radar, as well as AIS, on display to help avoid the big ships around, as well as several fast, small fishing boats heading out to sea which only showed up on radar or when within several boat lengths away.

I kept well off to one side of the main shipping lanes leading toward the GG Bridge - which was almost completely hidden from view until we reached the Bay area itself. 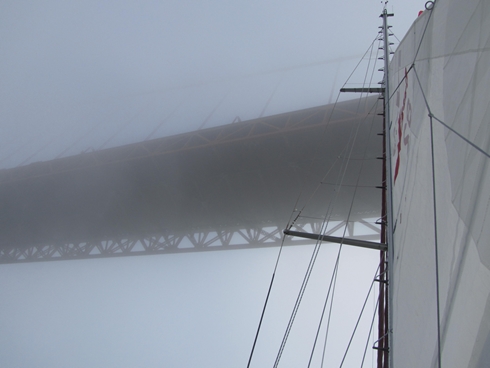 We passed close to fogbound, rocky-but-steep-to Points Bonita and Diablo.  Then the fog cleared as we rounded the Golden Gate CG station and Point Cavallo. 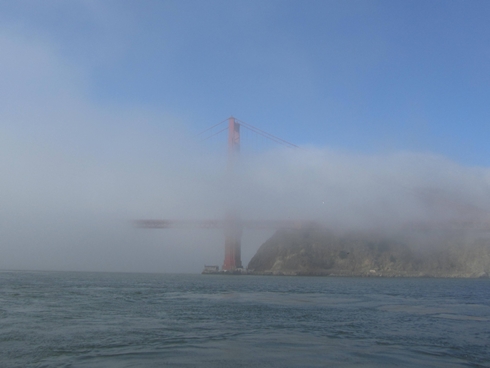 It was bright and sunny to the N of the bridge & on the E side of the Bay, but Alcatraz, SF city and everywhere to the S were still hidden in the thick fog bank, with little of the bridge showing except the N end leading to Sausalito and the top of the N and central piers. 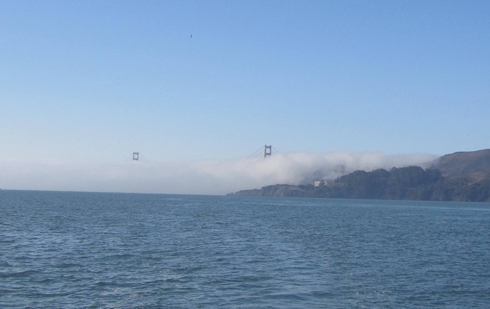 Got a little sleep overnight before we got close to the main ship channel so I'll get to bed early tonight - in the meantime, enjoying a nice long shower! Had a good long chat over coffee with John Sanford and his friend Bob, who both met me & took my lines on entry. I've already had to discard a layer or two - it's definitely a lot warmer here than in the Pacific NW and at sea on passage.

I'll be busy catching up with urgent boatwork & emails (still lots!), in between relaxing and seeing some friends here. I'm looking forward to making use of my fold-up bike and getting some exercise during my time here.