×
Thursday 24th October 2013 - Belvedere Cove, San Francisco Bay
I've been made very welcome here at the San Francisco Y.C. - the oldest yacht club W of the Mississipi, I'm told. The current well-protected, sunny premises here in Belvedere Cove date from 1934, the Club having relocated from its former facility in Sausalito. The Yacht Club was founded in 1869 in China Basin in San Francisco.
Making landfall last Friday after a fast (6-day) offshore sail down from Cape Flattery, and being well settled in before the weekend, proved to be excellent timing - Friday evenings seem to be always very well-attended at the club, so I met a lot of members .   I was told all about the Leukemia Cup Regatta (the big sailing event of the year) due to take place on Sunday, with major fund-raising Auctions and Dinner (a mere $1,000 per ticket!) on Saturday  evening, and was encouraged to join Bob, Torill and Soren who were due to go over on the Committee Boat the next morning to Sausalito, to fuel up ready for the Regatta on Sunday.
The invitation turned out to be ideal for allowing us to get to the keel-laying ceremony (where I met up with friends Rob & LaDonna) in Sausalito on Saturday afternoon  for the brigantine 'Matthew Turner', It will become the San Francisco Bay area's Tall Ship and is set to be a major educational vehicle, enabling local youngsters (and 'oldsters'!) to take part in its construction and, in two years' time, its sailing programme. 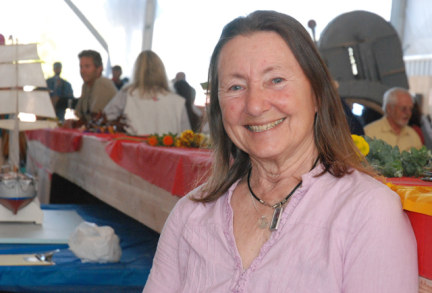 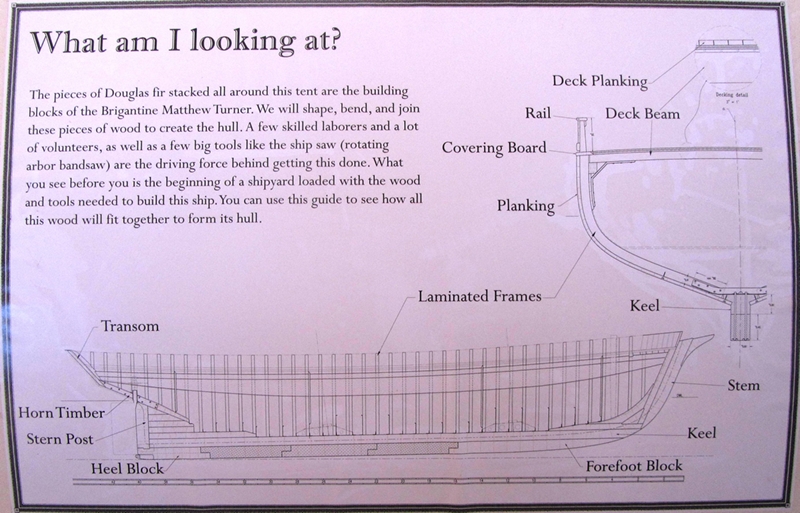 The after-dinner speakers at the Leukemia Cup Dinner were Gary Jobson and Ben Ainslie - both great, experienced sailors, in their different ways!    I was thrilled to get the chance to meet up with 'Sir Ben'  and shake hands with him after being allowed to slip in to watch the two of them discussing the events of the America's Cup racing that Ben had been so involved in as tactician onboard 'Oracle', with Gary commentating so well for NBC.   (What an amazing turn-around... and what great videos of fast, aggressive racing - I finally got to see them on Youtube to appreciate how well covered and presented the racing had been!)   Ben brought his sailing jacket to the Dinner and it was auctioned off for $15,000 ....
The next day saw fairly light winds but enough for a total of 80 boats to enjoy the racing, with the start delayed slightly to let the morning fog disperse safely from the race course....     I was invited out to watch but already had a prior engagement at a CCA (Cruising Club of America) lunch which had been arranged by my kind host here, John Sanford.  The lunch meeting was thoroughly enjoyable and gave me the chance to meet several local CCA members (all experienced cruisers) and answer questions.   The rest of the day was spent in lovely sunshine, meeting and chatting with people, enjoying the music, barbecue and lively atmosphere.
I seem to be needing to see to a real mix of things ... Had a long telephone interview on Tuesday with a journalist for the RYA Magazine, preparing for a story in the Winter issue; I'm trying to sort out dealing with the damaged genoa (likely to need replacing); still trying to catch up with a lot of past emails (and trying to keep on top of present ones); slowly trying to get the boat better organised down below and seeing to different items on deck (there's chafe on several lines - replacements needed but there's nowhere really close by to do that); trying to complete an item on the use of Jordan series drogues for 'Yachting World'.

I also need to get to the watermaker under the aft bunk, after Zia Ahari (Rear-Commodore of SF CCA) organised meeting up with Bill Edinger who kindly offered to see to it.  The Spectra is a great 12V watermaker (I've the Cape Horn, with two pumps) and I've always found it to be reliable, but I've not treated it very well recently, so although it's still making water when it's run, it's almost certainly in need of servicing - but first I need to get access to it... the aft cabin is totally cluttered up with gear that has been stored off the boat for 2-3 years and is awaiting my attention... 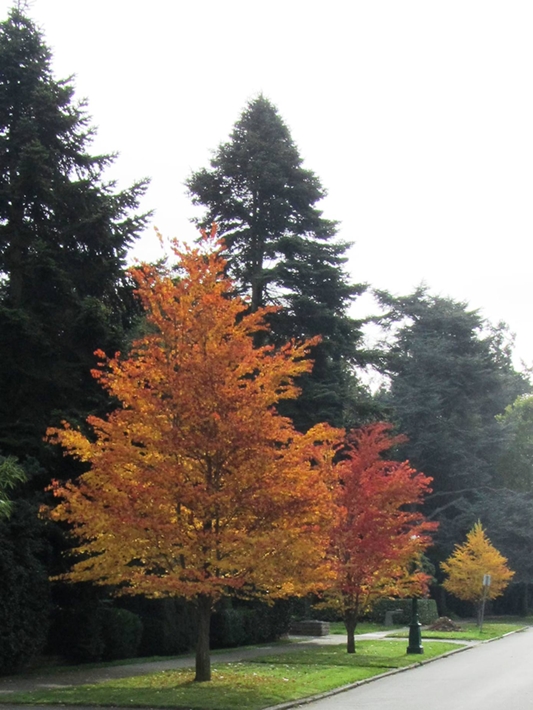 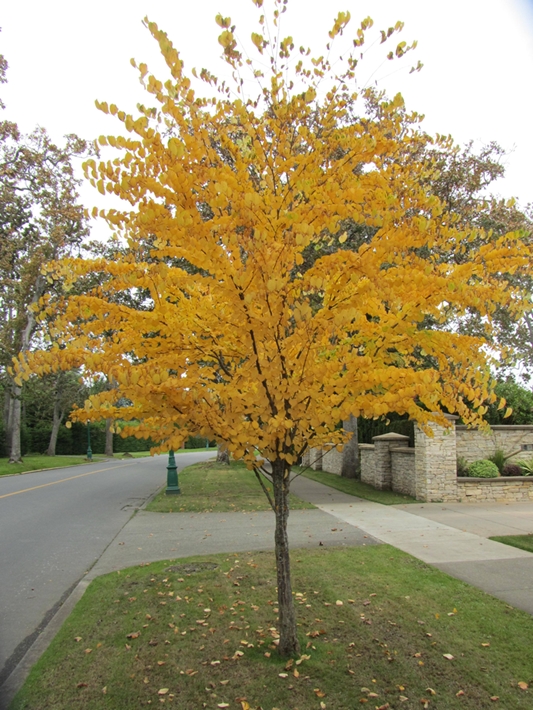 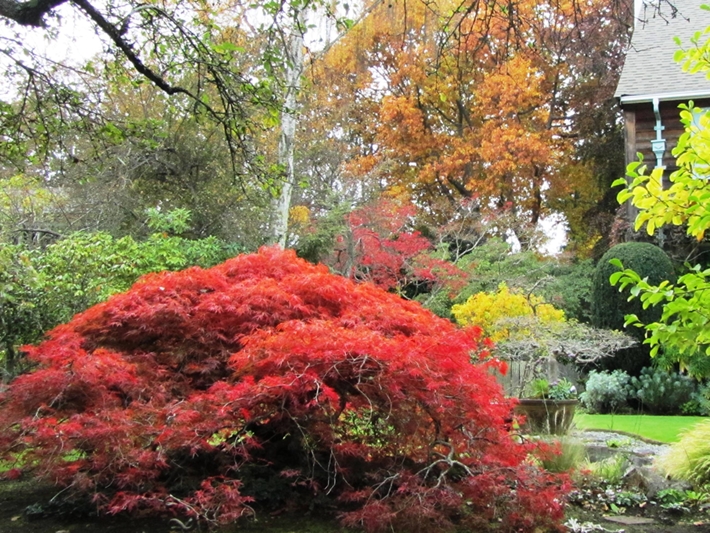 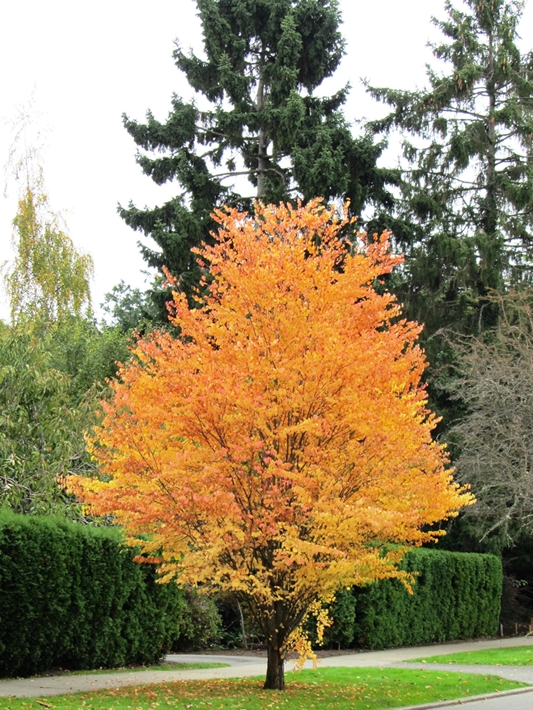 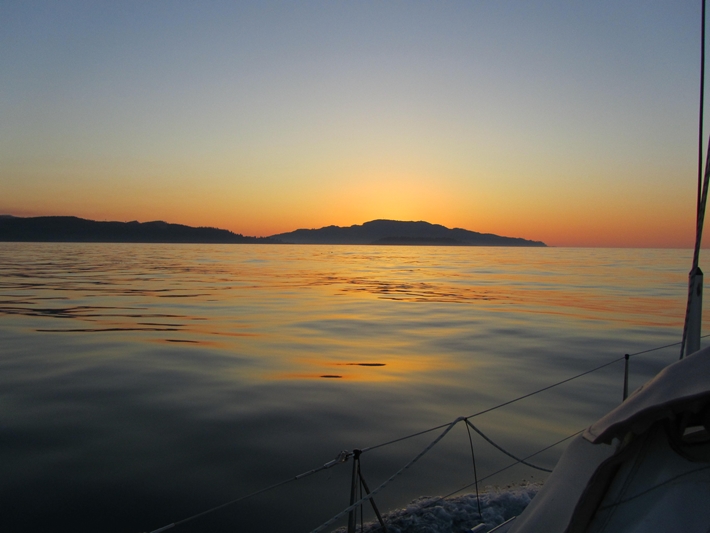 and the view over to the north, towards the SW of Vancouver Island - near the Strait entrance: 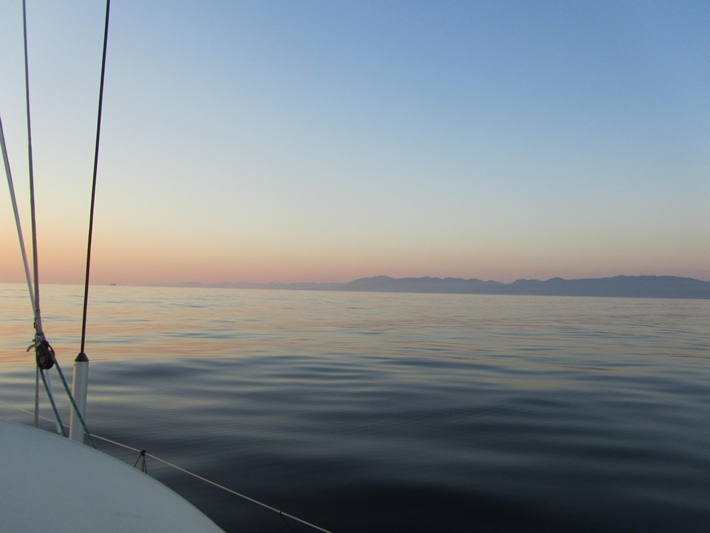