Thursday 8am Wind totally died away from around midnight - we were making 0.5-1 kt for a time and finally I furled in the genoa - its noise without enough wind to keep it filled was stopping me from sleeping as we were drifting around, trying to keep heading vaguely ENE...

Now the genoa is beginning to fill nicely and we're making ~3.2kt which should increase slowly, as the wind begins to pick up from NNW, putting us on port tack, heading ENE.

At 0100Z tried to make radio contact on 40m with usual group on E. coast - but that path seems to be disappearing now. They had difficult reception/copy and we'll try 0000Z tomorrow to see if that's any better - that was my sunrise time this morning (6am LT) so today we were one hour into my daylight and 40m works best in darkness hours.

3:50pm Finally back down below after another long sewing session - blue skies of earlier disappeared quite a while ago... Grey clouds everywhere now. Wind is from WNW still and we've been making around 4.5kt, but often 5kt now so seems wind is increasing.

Took an age to tie the sail back onto boom - but takes no time to release it!
Found a short machine screw on the port side deck - always a worry....where from?
Time to check for weather update and to have some food... a very late lunch...more like supper.

6:10pm Enjoying some hot soup - bean and barley with chunks of ham - tasty and satisfying...! Cabin temperature 17C - not too bad but I'm often wearing my warm hat - it's been feeling decidedly chilly and damp today.
Nice to see us making 5kt or more - wind has clearly increased a little - 18kt, maybe? (No wind display...!) Hope it continues for a good while.

1am (Friday LT) Brighter of the stars are showing, but hazy-looking, so maybe misty cloud around. No moon visible and wind slightly down. Will soon be in a Low trough between two Highs and then into another High over the weekend - two days of light wind - maybe I'll get the mainsail repair finished then??

Want to try to make sure my repair will last a time, so some reinforcing needed - and there's a small hole in the sail, near the leech, that I need to repair with a patch, also. Then it will be fun and games getting the sail hoisted - will need very light conditions to do that.

Just passed into Z+7hr time zone - same as in Bangkok, Hanoi and Jakarta - about to change the ship's clock one hour forward. 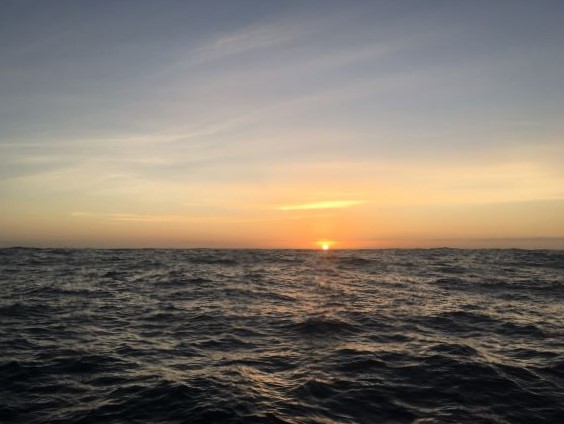 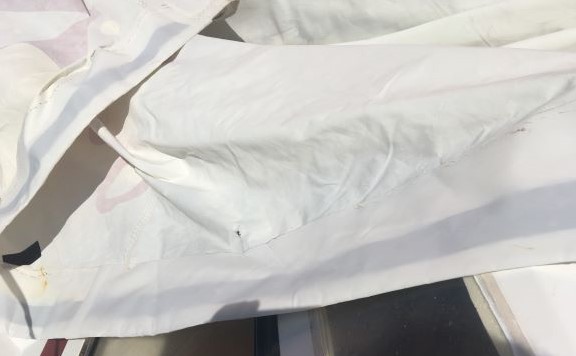 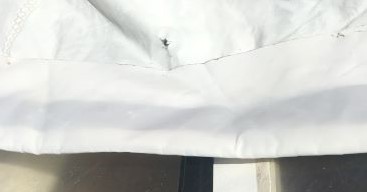