Friday Midday Tahiti/Hawaii time (Fri 2200 GMT) Never fails to amaze me how well a rolling hitch works! I had my doubts when I startd trying to release the taut first reef line from where it had several turns on the winch that were over other turns which should not have been covered in that way - impossible to release by hand. There wasn't much spare line to work with but once I'd tied a strong (braided Dyneema/Spectra) line around the bar-tight reef line with a rolling hitch, and then led the end of that line to an adjacent winch, it hardly needed much winching at all to ease the tension on the reef line leading to the first winch to enable me to release the line. Took very little time - and I was one very relieved, happy person!

5:30pm Another sunny, warm day, with little breeze. Wind has backed to SSE and died down to about 10 kt so we're making just over 3 kt now - not a fast point of sail in light winds!
Plenty of sunshine but also a lot of light, scattered cloud.

Have spent a long time poring over the weather files - not looking good for next week. Our 'wind corridor' leading NE looks as though it will become a 'dead end' - leading to being trapped at the centre of a big fat High in fact - not good news! Have been trying to see which way would be best to head to try to make the most of winds around a Low coming on the scene soon and then avoid being becalmed, while still getting NE towards Cape Flattery and the Strait of Juan de Fuca - not looking at all straightforward, unfortunately. Might have to make quite a detour... Not the good, fast finish I had been hoping for, after the excellent speed and course of the last few days.

White-tailed tropic bird came by - clearly fancied landing at the mast top but just couldn't manage it as we rolled in the slight swell... I'm pleased to say! Pretty bird - almost all white, with black tail and some black markings on head and leading edge of wings. I think it was a white-tailed but can't remember difference between that and the red-tailed - tail streamers are so fine, they're difficult to see at all, let alone the colour. Think it's a matter of how much black there is on the bird, as well as colour of streamers... Actually, looking again, and thinking about how it tried to land at the mast head, I wonder if it was a red-footed booby, in fact? Bill looks rather heavy, like a booby's...

7:30pm Dark now but with bright moon helping jobs when on deck. Just got back down below after finishing organising the genoa being poled out - always takes a long time to sort out the pole and lines but finally all done as night fell.
Not helped by the usual struggle to persuade the 'hinge' at the pole's mast connection to free up so the pole could be rotated slightly there to enable that end to be lowered and its far end to be moved up into position horizontally once the various lines were attached (another struggle, when one of the snapshackles refused to snap shut easily). So much more stable an arrangement and really good not to have the headsail alternately collapsing and filling in the wind shadow of the mainsail when on such a broad reach - a dead downwind run, in fact.

9:30pm A beautiful night! Feels so much calmer now - and a lot more peaceful. Enjoyed sitting out in the moonlight in the fresh night air with just the gurgling of the water as we pass through slowly and gently.... Wonderful! Wish I could sleep on deck...

Saturday 2am Continuing our slow but steady progress N - at around 2.5-3 kt in not enough wind to turn the blades of the Superwind... We'll be lucky to make a DMG of 85n.l. by 9am this morning... Lovely starry sky with very few clouds, but dark without the bright moon now.

8:30am Just had to change course for short time as wind veered briefly to SSW from SSE in light rain and under big raincloud. Now back on course, having kept mainsail filled... Still goose-winged. Speed better, for now, under clouds although quite sunny at times. Clouds possibly clearing. 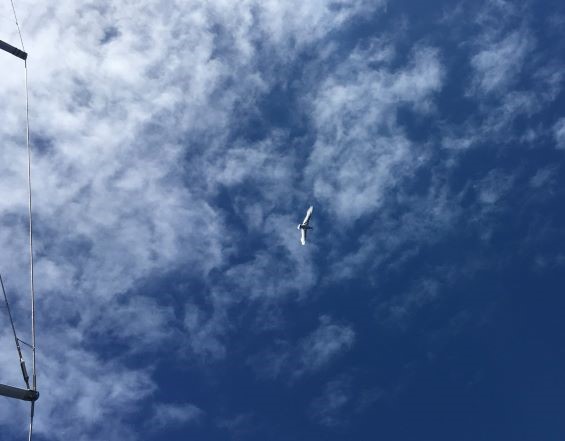 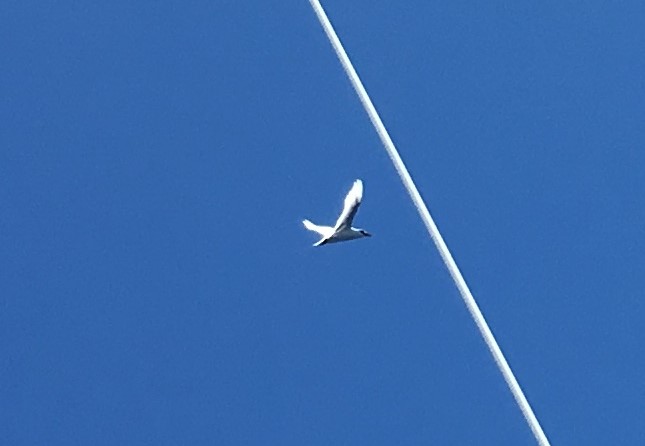 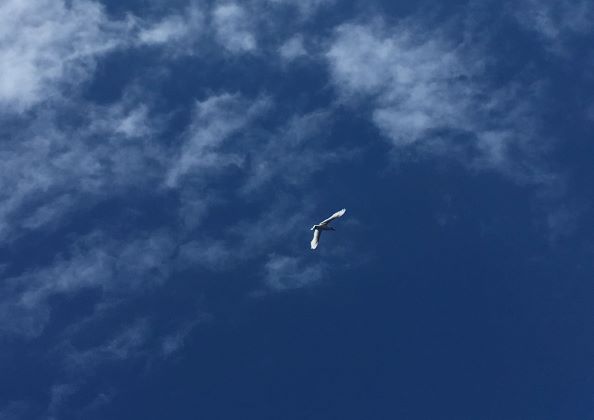