Wind was very much lighter for most of the day - around 10kt. So boat speed was well down as a consequence.

I was busy with various jobs on board and it was pleasant to have the relatively calm conditions to get on with them. Although the NNE swell was very pronounced, at 2.5-3m/10ft, it wasn't too close together and that makes a big difference.

With our speed having come down a lot, I was forced to release the first reef finally, in the middle of getting other things done but, before doing so, I needed a better way to secure the reef cringle to the boom when the first reef was tied in, so as to ease the load on the reefing line. Using a Spectra line wasn't too bad when tying it in but removing it was proving difficult - and both took quite a time. I needed a method using a shackle instead of tying knots. I already had a very sturdy piece of reinforced webbing, used previously for just the same job, and had some Spectra climbing loops, so I finally came up with a far simpler system, using a strong snap shackle, ready for next time.

Once we were sailing nicely again, albeit at only 4-5 knots in the light wind, I realised the sun was not so strong, the sky being fairly overcast. So I went to the foredeck and sat beside the staysail with some whipping twine, and slightly thicker line to cover it, to wrap around the staysail foot shackle. I'd wired that to keep it from coming open - as it had done soon after we'd started off. I wanted to prevent the exposed end of the wire from becoming a hazard - to the lazy genoa sheet, in particular, which normally curls around the staysail foot when in use. It was very pleasant on the foredaeck in the breeze and good to enjoy the sea air and relax for a while befoe getting back to work.

I had a long discussion with Bob, N4PSK, over the radio, about my various options for trying to get the solar panels working - or at least find where the fault lay. By the time we'd finished our discussion, he felt pretty sure the fault was possibly in the charge controller, not necessarily at the solar panels themselves. I was pleased in a way, because I'd been having a major problem in trying to figure out how to open the box behind the panels - and what problems I might cause in so doing...

By the end of the day, I was wrestling with the last screw in the charge controller's fascia panel - tucked right away in a corner and not wanting to budge - and with a very unhelpful damaged head! Long-nosed pliers to the rescue - but what a long time it took...

Bedtime - "tomorrow's another day" - looks as though I'll be removing all the terminals carefully and cleaning them - fingers crossed... that might solve the problem.

Mon 5:30am Up at first light - sun not far from rising. Too early to see if solar problem was resolved, so back for more sleep....

7:30am Up again- very disappointed to see no red light on solar regulator display - but then realised I'd left fuses out overnight... No change - still not working... except once or twice it blinked on for a bit.... Teasing me!

I set to, removing and cleaning all the terminal connectors on the regulator. Also, because the red light had blinked on when I touched a switch in the system, I made up a 'jumper' cable to replace the switch which looked bright and shiny - but maybe it was faulty? One less item to think about was my reasoning.

10:30am I stopped work to get breakfast, with no solar input still - I was parched! And then, suddenly it was time for my daily news and position report... I quickly did the necessary - but didn't get to finish writing this report.... So it's being posted rather late in the day... Fortunately, conditions were easy and 'Nereida' sailed herself with Fred at the helm, aided by my occasional intervention to make course changes needed after wind shifts... 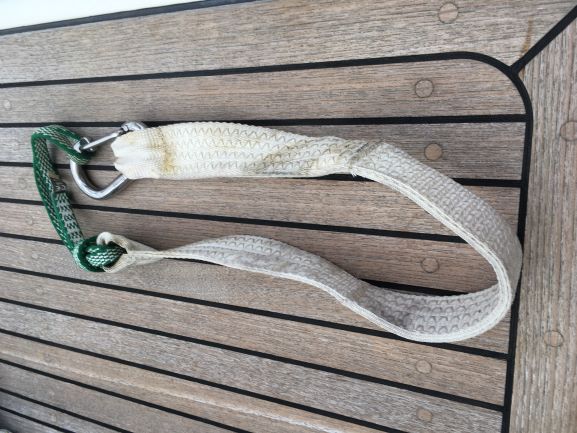 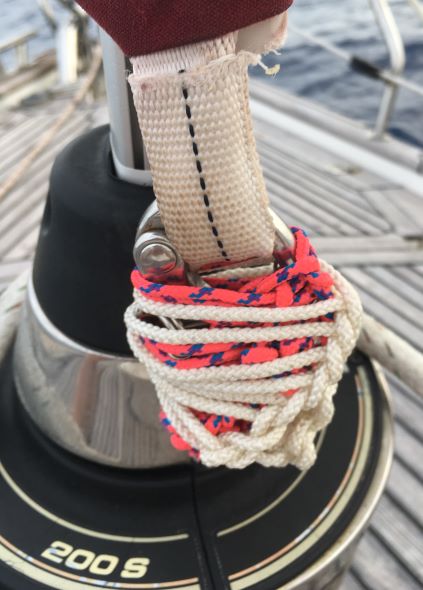