×
Fri 12th Oct: Genset is fixed!! I feel so relieved.... But what a pain.... I thought I'd never get the final pipe connection done - until I realised I needed to release the hose clamp totally and move it out of the way in order to push the rubber hose onto the pipe from the pump. Having done that, the clamp just wouldn't tighten back up as well as it needed to. I had filled the system with water beforehand as much as I could - good to be chef as well as mechanic! - I used a gravy pipette from my galley to transfer water into the small-bore pipe, after filling the seawater strainer. I opened the seacock, checked for leaks, held my breath and started the motor to see if it would run - it did... and kept on running until I stopped it, ten minutes later! I went up on deck to enjoy the sunset while it ran - but kept listening for the motor to falter from overheating, which it didn't. Yippee!! Delighted, I began replacing the faulty hose clamp - the connection had been leaking slightly but steadily onto some paper I'd put under it and the clamp was clearly damaged - it just wouldn't tighten any more. I removed it completely and found a similar one to replace it - not an easy task since that also had to be opened apart to fit it onto the hose (no way was I going to take that hose off the pipe again!). TG for vice grips that I used to clamp it together a bit so I could get the closure started...! Genset uses one-third the diesel for the same power output - so it's far more efficient. Solar power input has been minimal for some time - panels are mainly shaded by the sails as we head SE downwind. Windgen has been doing well, but output will suffer as wind dies more. (Photos show the completed job, the damaged impellor in the old pump, along with the damaged hose clamp - and a lovey sunset!) I celebrated over my meal later with a small glass of wine friend Louise had given me before leaving - I usually run a 'dry' boat but relax occasionally - this felt like a good time to do so! Sat 13th Oct We're passing Los Angeles now - 440 miles offshore but seeing shipping on the AIS screen, heading to/from either LA or Mexico (Ensenada) or Panama. It's great to see so much detail in addition to how close (and when) they expect to approach us most closely. The fact that they see Nereida's AIS transmission is a great help in avoidance. So far, I've not had to get on the VHF radio to make sure they've seen us, as has happened in the past, if they look to be getting rather too close. It was almost clear overnight, with plenty of stars - but hazy. The crescent moon is getting bigger amd was seen low on the W horizon soon after sunset. Great Bear is also low down. Today, also, the sky is almost clear - just a few small white clouds. It's a lot calmer than it has been up to now - the wind is clearly easing so the seas are lying down slowly. I'm looking around the cabin to see what needs tidying up - and thinking about doing some of the few boat jobs left over from when I started. I've been on the HF/SSB radio some mornings - good to make contact with people I've spoken to regularly over recent years, as well as making new contacts. (I spoke to a guy in Madagascar who I'd previously chatted to several times when he was in S.Africa a year or two ago.) Some are hoping to keep in touch all the way around - it's a challenge for them to make that happen and they enjoy that, as I do. My thanks to Rick, VE7TK, for helping to organise my new Canadian callsign of VE0JS - five years on, I'm now permitted to drop the final 'J' of my previous maritime callsign. Just been studying weather files again - we're still on a SEly course. My approximate WP is 30N, 122W to make best use of winds in the region and avoid a big area of almost no wind not so far away to the W & NW. Still expecting very light N wind by later on Sunday into Monday but it should then fill in - if we can keep moving. Likely to gybe around again after reaching 30N. No need for the whisker pole for the genoa - wind angle is fine, so far, but that might change - the wind is definitely tending to back slowly. 1200 PDT - end of Day10. We made 131 n.ml. (DMG) over the 24 hr period since yesterday. Magnetic variation is down to 13E from 16E on starting. Position & weather report posted to Winlink.org and Shiptrak.org (using my US callsign of kc2iov) not long after midday PDT (=1900 GMT): TIME: 2018/10/13 19:00 LATITUDE: 33-27.24N LONGITUDE: 126-42.77W COURSE: 125T SPEED: 5.8kt WIND_SPEED: 15kt WIND_DIR: NNW SWELL_DIR: NW SWELL_HT: 1.5m CLOUDS: 15% BARO: 1015hPa TREND: 0 AIR_TEMP: 19.0C SEA_TEMP: 22.0C COMMENT: 400 ml W of Santa Catalina Island. 131 n.ml. DMG in 24hr 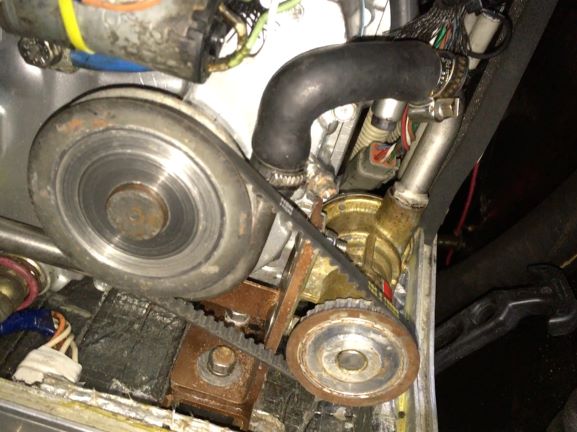 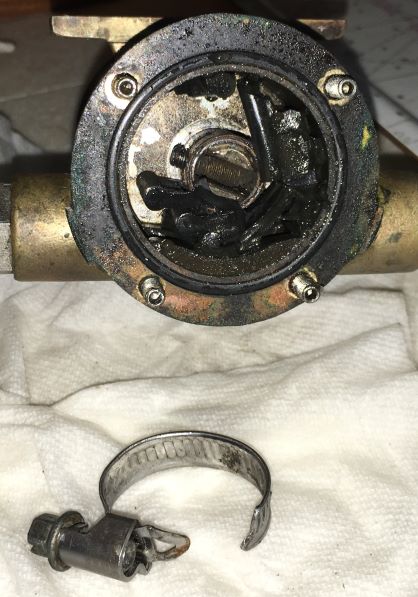