Tuesday 1st August 2017 It's 7p.m. and the fog that lifted over the day dropped down again earlier and is now getting thicker. The air is cold and damp...19C. The wind died completely some time ago, but I did manage a short motor sail with a full genoa adding to the mainsail and catching some breeze to help our speed just a little, until the apparent wind moved forward and died away again. I've been delighted to find three black-footed albatrosses keeping us company several times today. When I saw the first one flying our way this morning, its long, 'bent' wings caught my attention immediately but I'm so used to seeing albatross gliding 99% of the time in the Southern Ocean that I didn't believe I was seeing one - until I realized that, with almost no wind or uplift from waves to help it glide, it had no choice but to flap its wings if it wanted to move! In the calm sea, I've also seen a yellow and white jellyfish looking like a badly scrambled egg and a short while ago I spotted a disturbance in the water and part of a grey and white body appeared for a moment - either a very large solitary dolphin (unlikely) or a whale or shark... Of course, I made the usual mistake of rushing for my camera - and saw nothing more! Weather is still looking calm for several days but I'm aiming for a point 180 miles off Cape Meares, OR, hoping to sail NE in the NW wind that is being forecast to arrive by then - we'll see! Keeping a constant eye on weather forecasts, as usual when on passage... I doubt our fuel will allow us to reach further than Neah Bay, if that far, but I'm hoping to sail in good wind by the weekend. I was surprised to get a call on the VHF this afternoon, asking me to go the Baja Net frequency - where I chatted with Ken, KE6WC, and Jan, KM6G, both in Gualala - just a little further north from where we were. They knew Nereida had left SF last night and were not far off their shore from our AIS signal. The sea is now glassy calm but there's quite a large W swell. Time to get a meal before the light goes completely.... and put the hot air heater on before checking in to the Pacific Seafarers' Net shortly. 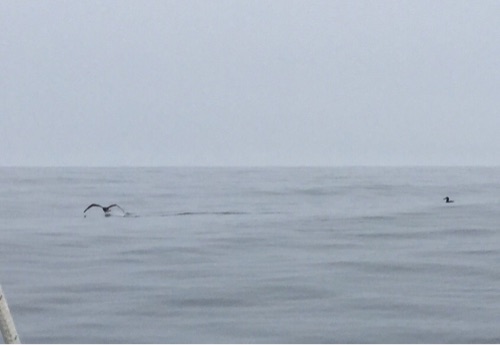 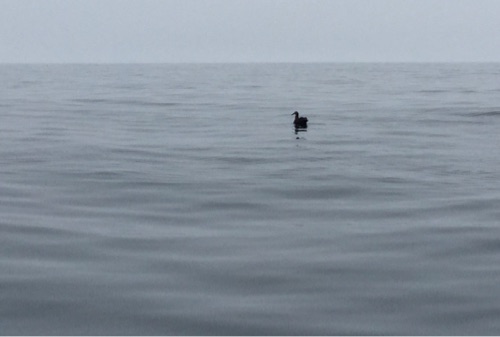 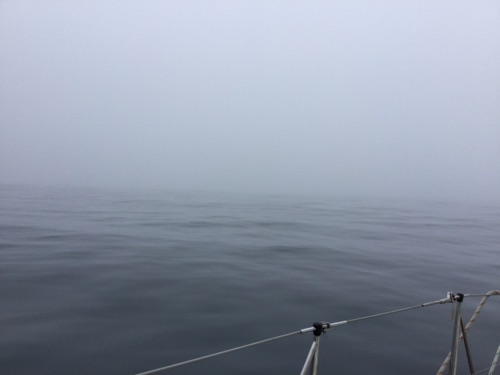