×
3pm Just finished over 1 1/2 hrs of effort to undo a major genoa wrap....! In light wind, I had decided to furl the sail in because it wasn't doing anything but I let the sheet (sturdy line holding it in place) get far too slack and a fold of the sail wrapped itself around the forestay from the wrong direction. Realizing I had a problem, I went forward and found the genoa was partly furled in and the two sheets were tangled in with the folds of the sail which was turned back on itself and wrapped tightly the wrong way - a total mess ...... The loose section of sail was flapping and jerking and trying its best to make things worse... Trying to unwrap the sheets twisted around the base, I found the sail trying to wrap further..... TG for lengths of Spectra line! First I had to tie down the furler base shackle to stop it from turning to make matters even worse and next, after a bit of a fight with the sail to persuade it to unwrap where it was doubled up on itself, I managed to hold down the clew of the sail with another line to stop it from wrapping any further (photo!). Then I was able to unwrap the sheets from around the base with the sail held firmly and re-run them back to the cockpit. I was then able to furl in the sail (untidily, but at least it furled OK...) using the bow cleat to hold the furling line, having slackened the sheet and line holding the clew. I then tensioned the sheet again to allow me to lead the slack in the furling line (from using the bow cleat) correctly back to the cockpit winch. ..... All a bit convoluted! Finally, I had to unfurl the sail in order to reach the extra line I'd attached to the clew and remove it - I decided against trying to do that by standing on the pulpit step (at the base of the forestay) - the clew was simply too high up and that would have threatened me with an unwanted swim in a cold sea with the movement of the boat in the swell.... Once that line was removed the sail was in action again so it's now being used, ready to be furled in again - but more carefully next time! 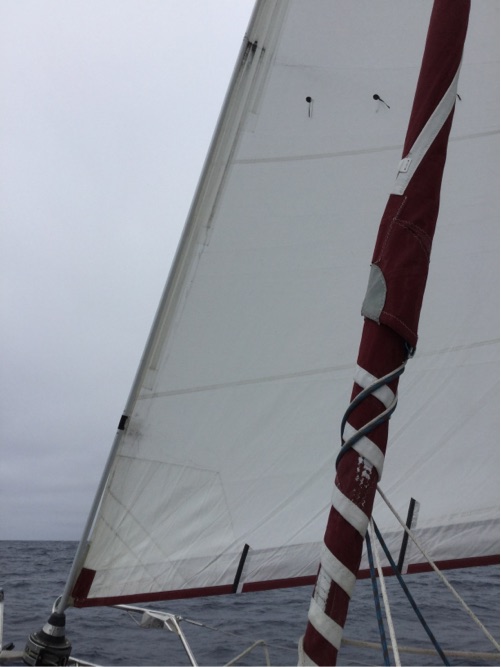 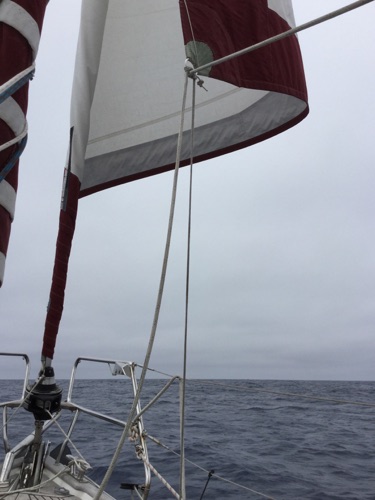 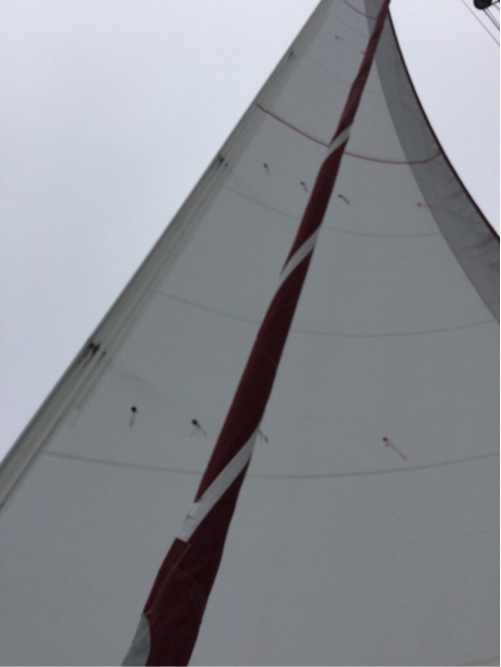