I'm sitting here in sunny, warm Canoe Cove, having had a late, full breakfast, listening to people complaining about the heat overnight...   I'm not complaining at all...  it's lovely!

Used up the last of a 3-part anti-rust system paint canister on a full 9kg (20lb) propane tank this morning - had it refilled in Tahiti but it was looking rather rusty on the outside- the usual 'seawater effect' from being stowed on deck.

Glenn W has been great since I arrived here, helping me to deal with preventing leaks in various places (particularly the genoa tracks, which are both being lifted and re-bedded... with GREATEST of difficulty accessing nuts on the ends of the through-deck bolts from below :-(     Not much sealant was used originally. 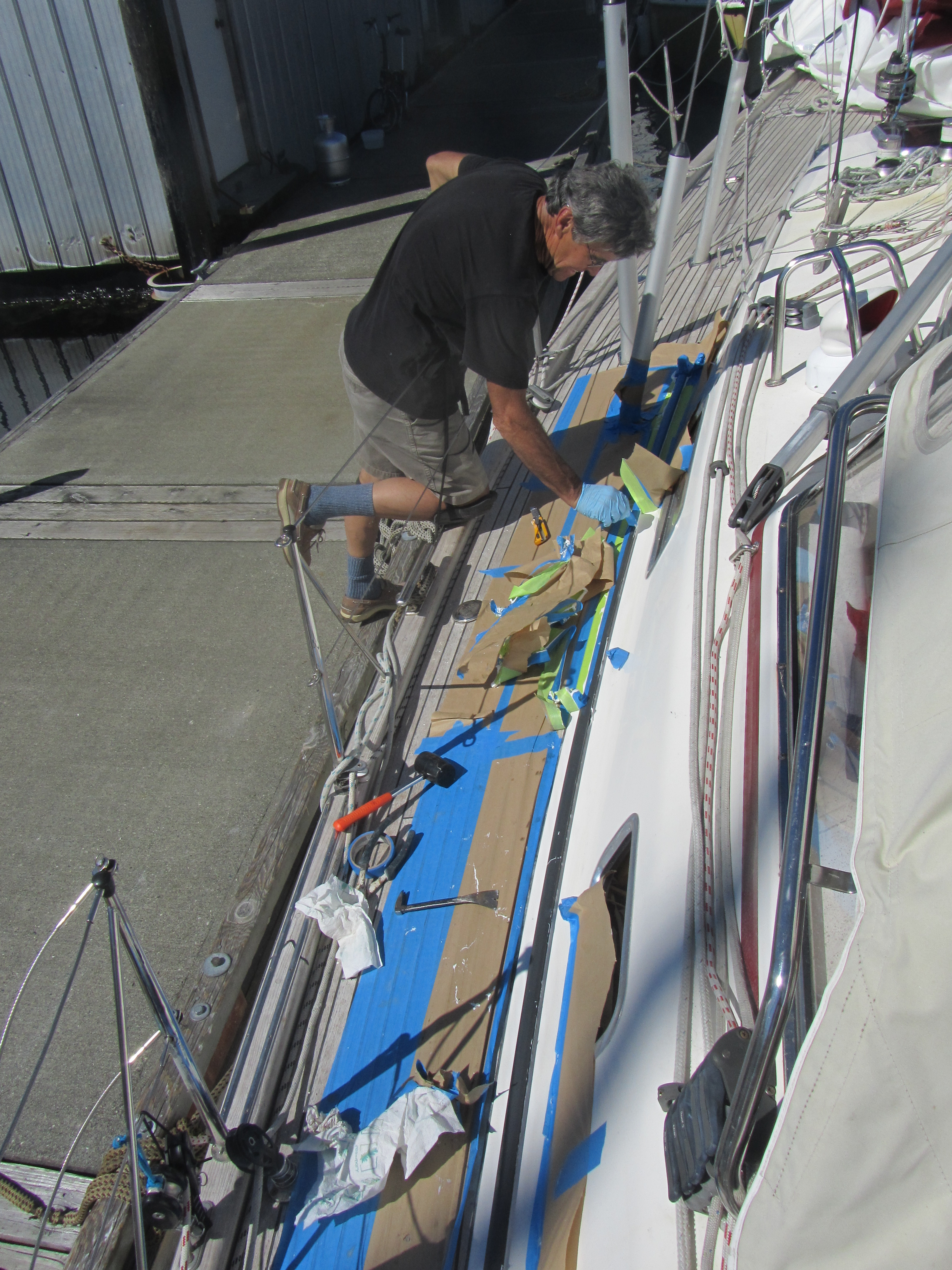 ....and Brent and Seamus of Blackline rigging are having to replace nearly ALL sheaves on mast and boom - the plastic used was far too soft for the job and aluminium pins have worn a large oval in what should be a round hole -- in the case of those taking the 2nd & 3rd reef lines at the aft end of the boom, this is after just over 7 months total sailing time from Ushuaia to here.    Genoa sheave in use now is already showing signs of wear after just six weeks in relatively easy conditions to here from Tahiti where I swapped the old halyard (nearly chafed through) for a back-up halyard which was lead over an unused sheave in the double genoa sheave box. 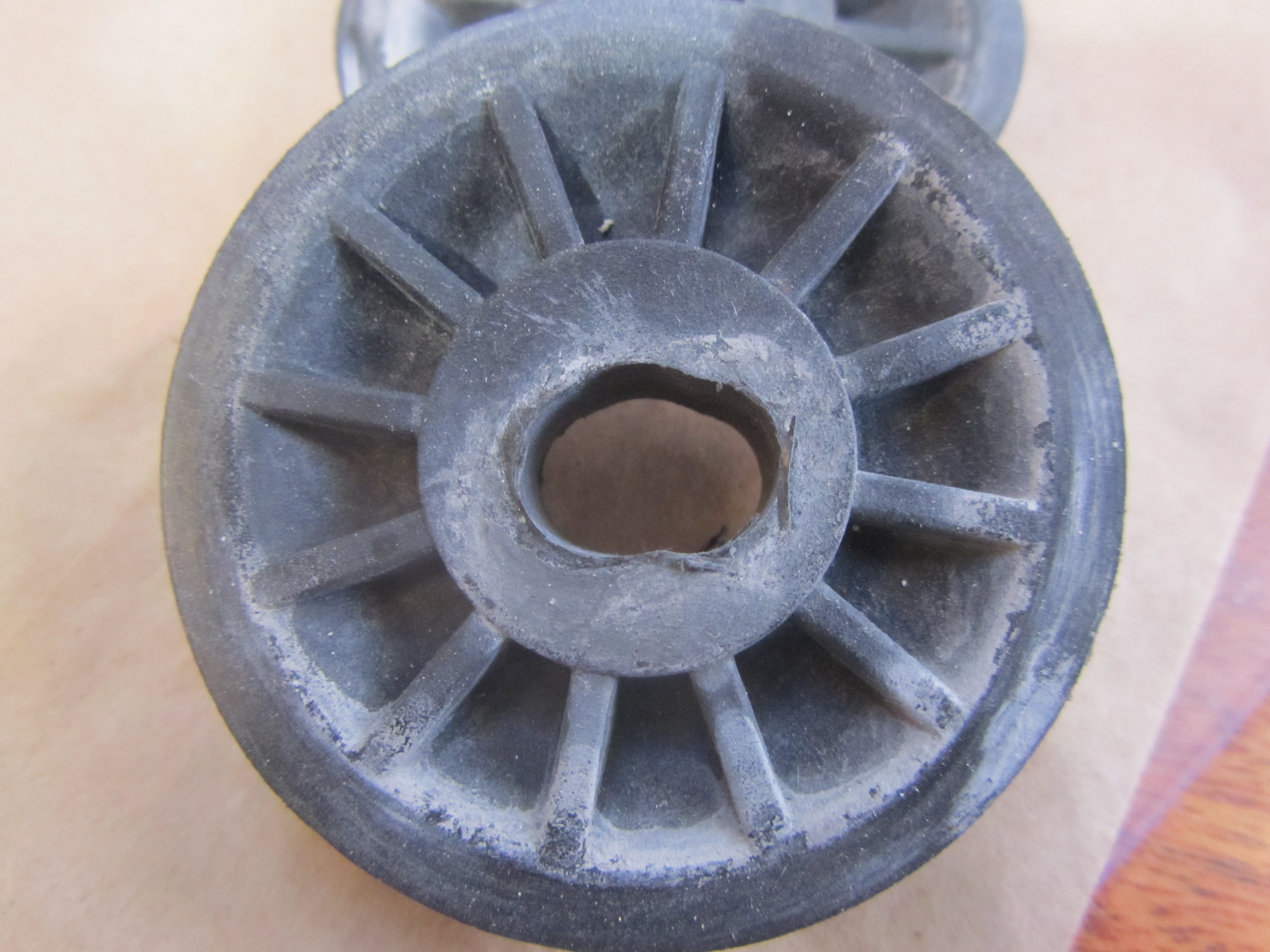 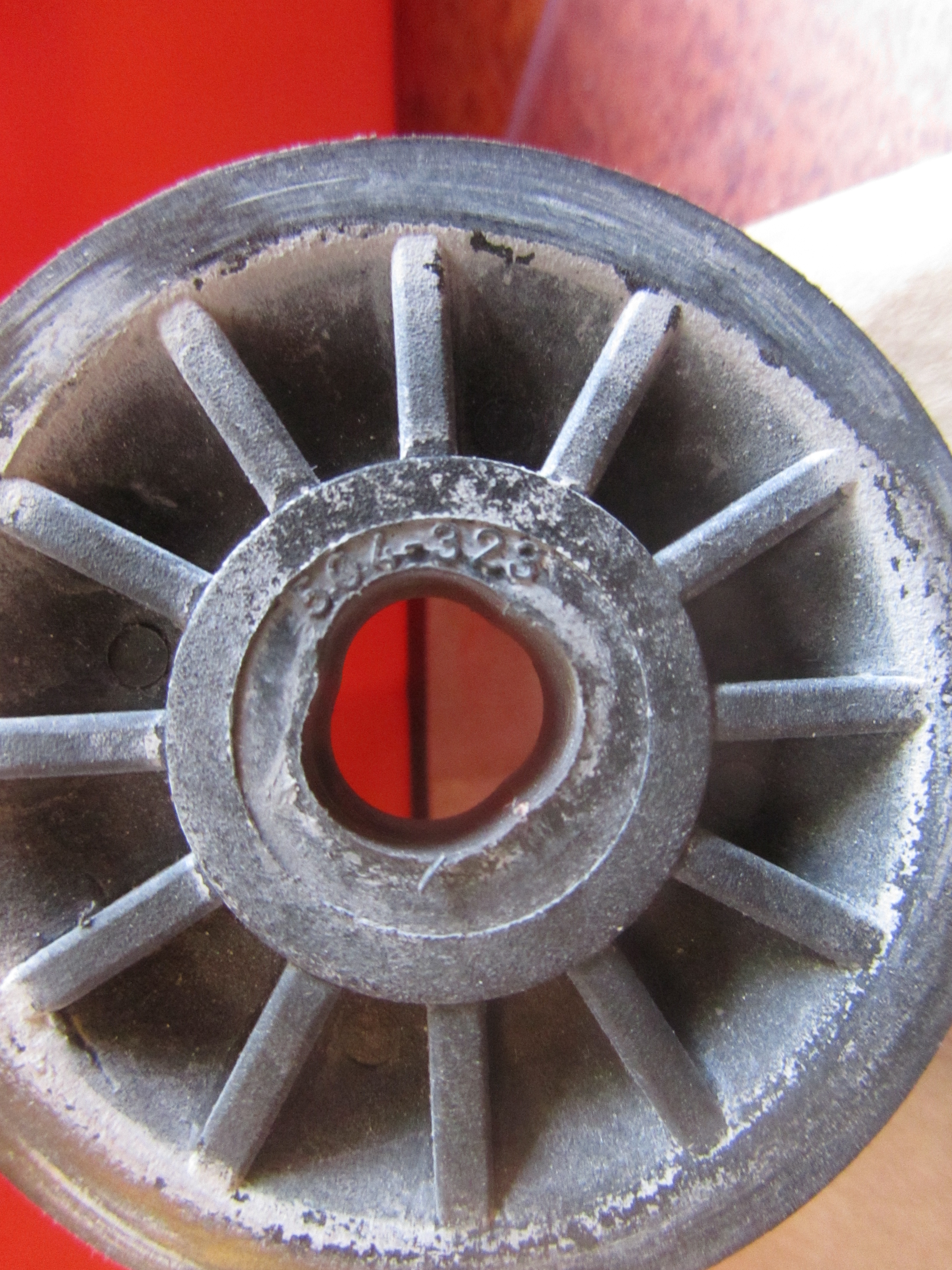 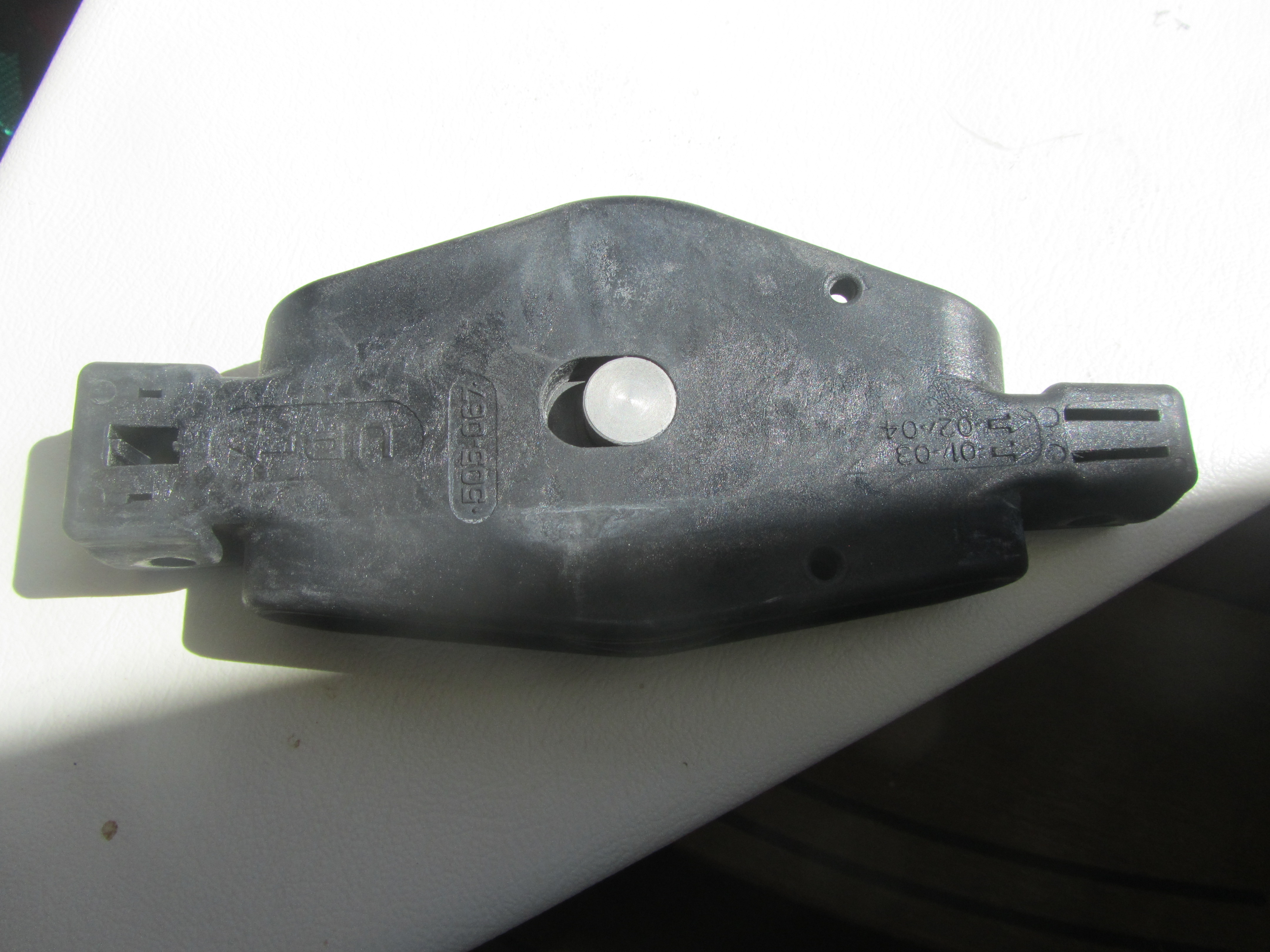 The photo shows how the original large genoa sheave,  and also a mast fitting taking the main halyard sheave, had very badly worn holes where the sheave rotates on a pin.    The practical side of poling out the headsails is also being improved by Blackline - nice to make use of Brent's expertise & knowledge of what bits and pieces are available to help make small but useful changes.

Another major leak is into the forepeak via the windlass area - yet to be looked at, but in exploring that last week, several wiring connections in that area clearly also need to be cleaned up and possibly remade...

The gas locker is being reorganised to take a third propane tank and two more will be stowed in the nearby lazarette on the stbd side - basically, that will give me 5 x 10lb, plus the 20lb, in tanks - hopefully plenty for seeing me around in 7-8 months of sailing.  I also have an emergency back up of a little camping stove using small disposable cartridges - while still in Simon's Town, S. Africa, Baden had made a clamp to hold the kettle firmly in place on that, with dehydrated food in mind.

In accessing the port side genoa track bolts and nuts, above the galley area, I had to remove items from some lockers there - so I'm presently into cleaning out all the galley lockers completely and making an inventory of all food items stowed there and elsewhere - something I've been intending to do anyway, so I know what I need to add, in readiness for my next venture...   Having sailed in the Southern Ocean as much as I have recently, I now know how I react and what I actually need food-wise in those cold, rough conditions...

I was pleased to discover, once I had onshore Internet access to see the exact dimensions of what was available, that I could fit 5 AGM 128Ah Surrette batteries in place of the present four 130Ah (with a 'slight adjustment' of one side of the larger of the two battery boxes!) so capacity will be well up.  Surrette have kindly helped on contributing to the cost and I hope to be receiving those next week - they have to travel across Canada to get here from Nova Scotia and they're not exactly light items...!  Once in place, the easy part is connecting them up!   I hear from almost everyone here, just how good the Surrette batteries are, compared with other batteries.   A friend down in Florida refuses to fit anything but theirs.

The watermaker needs attention and I'll be dealing with that over the next few days, in between sorting out those food lists - hopefully, using Excel on my laptop.

Friends are collecting me early this evening to drive into Victoria for a small celebration at the 'Sticky Wicket' (!!) pub near Empress Dock and with wi-fi Internet & Skype access here, I've received birthday greetings from friends all over the world - literally!  Last night, I spoke by text msg to friend Judy near Cape Town (Good luck with Lipton Cup races, Judy!) and straight afterwards to David, in Gosport, near Portsmouth... Great to have such easy access!

So after posting this, I'll bike down (lovely to have the use of my fold-up bike once more!) to the dock, with a lovely view from 'Nereida' over rocky, wooded islets and shoreline nearby (and to the passage out in the direction of Active Pass), where I'll do a little more, fairly relaxed work in the bright sunshine up to teatime...  I'm taking it easy today!!  (Tomorrow will be another work day) 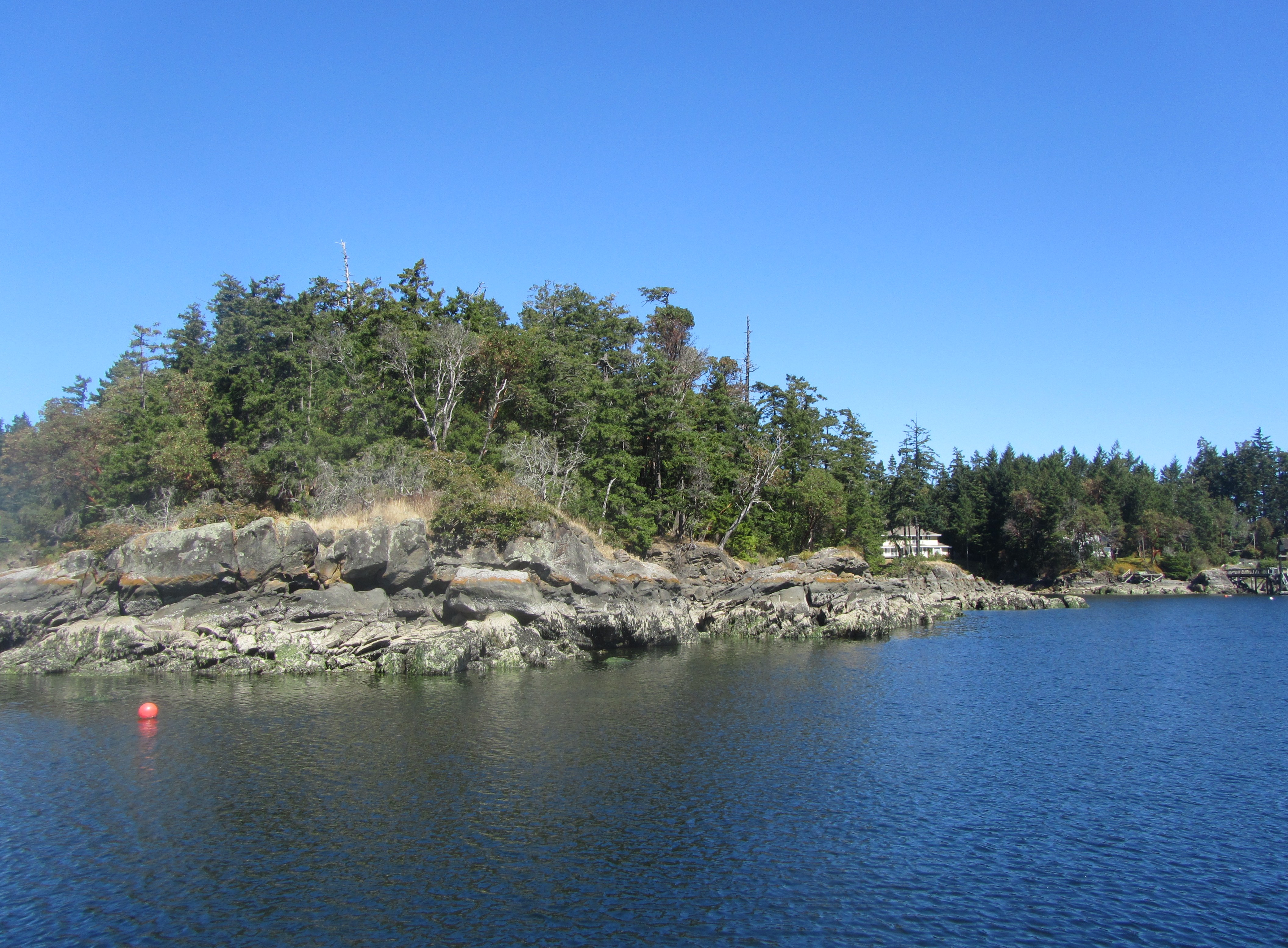 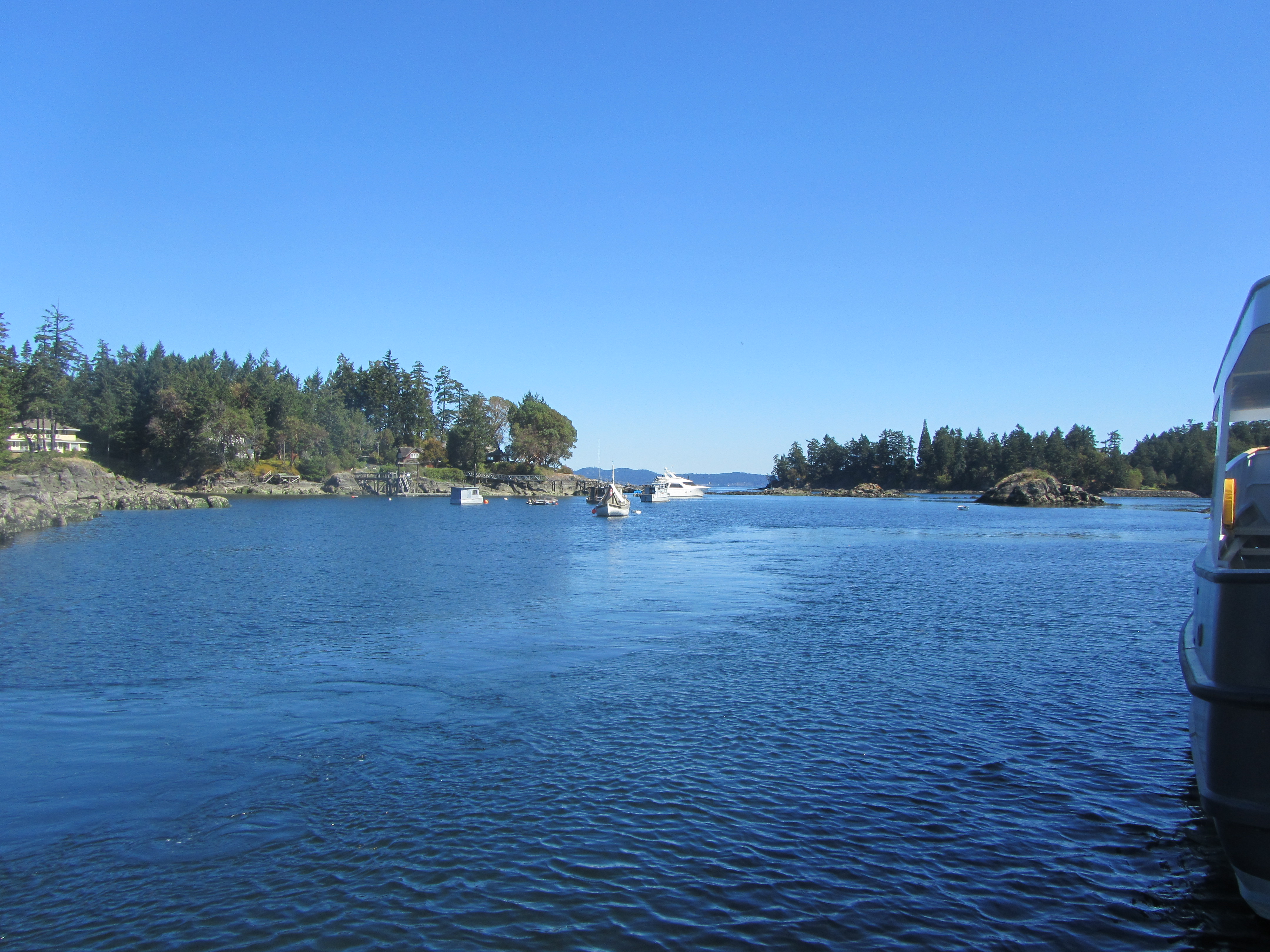