Monday 6am Gybed onto port tack - wind forecast to be from further N soon, WNW at present. Making 4.5kt ENE.
Dull grey day with slightly broken but otherwise solid overcast. No rain now, but the clouds are threatening possible showers.
Solitary white-chinned petrel soaring around nearby.

7:15am Back with Fred in charge of steering - nice and peaceful without the autopilot motor running and he's coping well downwind. Still making 4.5kt ENE.
An enormous Wandering albatross glided close by as I was on deck - white 'splashes' on its dark grey upper wings, white body (either a Snowy, Tristan or New Zealand albatross, my reference bird book tells me) ... Lovely to see... Such large birds, but at major risk from long-liner fishing boats, especially illegal ones, who don't take care to set the hooks in a simple but particular way so the birds don't go for them and get caught by them.
It would be very sad if these wonderful birds became extinct simply due to a few fishermen's lack of care, as could well happen. Many of them are under threat, with their numbers plummeting due to being caught in the long liners' hooks. They mate for life and don't come to breeding maturity until they're over ten yers old.
When I was stopped by no wind close by, I was delighted to learn of the Gough Island project (not far from Tristan da Cunha in S.Atlantic) by the UK's RSPB who are funding three of the S. African scientific team members on the island to eradicate the mice who are threatening the Tristan albatross' survival by eating the small chicks there.
Their numbers have also gone down badly over the last few years as a result - so the project to save them is very welcome and should be successful. They're getting help in that eradication programme from New Zealanders who have had a lot of experience with overcoming the same problem on their own islands - mice introduced years ago from passing ships who stopped by. (Google 'Gough Island' or see www.goughisland.com)

9am 2303n.ml. from both Cape Town and from Treeton in W.Australia! Midway between - and not making good radio contact with either... Breakfast.

10:40am Bright but still a thin overcast cloud layer - sun not yet making it through. Feeling quite calm nd peaceful with a well-spaced swell and only a light wind.
Just had to make a big adjustment to Fred - the wind has veered into NW, maybe just N of NW. SOG has dropped to around 4kt but we're headed due E now, which is good!
As I was doing it (with no camera handy!), an albatross came by - very likely a male Snowy albatross but not the albatross with 'splashes' of white on its wings seen earlier. This one was conspicuously very white-looking, with lots of white on its inner upper wings and the usual dark grey further out. Exciting to see it! I need to try to look for the colour of its bill ( if I see it again. We're 400 miles N of Kerguelen Island and 530ml SW of St Paul Island, with Amsterdam Island not much further N, so I wonder if they are nesting on one of those?

Midday Repacked grease gland cover - no wonder the rudder was leaking - there was no more grease left in the holder... Explains why I was able to spend so long screwing it in - there was nothing there! Should be good for quite a time now but I'll need to check it and screw it in a touch more from time to time.
Going on deck now to remove a lot of the mainsail slides from the mast track they run in and organising the sail, ready for sewing.

6:45pm Celebrating the first few stitches made on the mainsail repair... Having a small G&T with some olives and cashews, while soup is in the making and the last of my Mexican meal is warmed up.
Turned into a bit of difficult job, persuading the slides to come down and exit the gate in the mast track, with the folded sail getting in the way and tying them together not helping - but perseverance and lateral thinking usually pay off...
Once I'd finished doing that, it turned out that two slides at the head of the sail were better replaced - done! Next step was tacking the 'tabling' material in place over leech of sail- easier said than done... I tried using a strip of sticky double-sided tape to hold the 'tabling' in place - but sail was too damp - otherwise would have been excellent.
Sunset was coming on and I was being reminded that leather palms seem to come in just one size - ginormous...!! The sewing was started... and kept going beyond sunset... Dolphins (Dusky?) spent some time nearby and several petrels also - fish around?
Suddenly, it was too dark to see and everything was getting very damp with heavy dew. I folded up the sail and tied it onto the boom = more sewing need another day - maybe tomorrow? 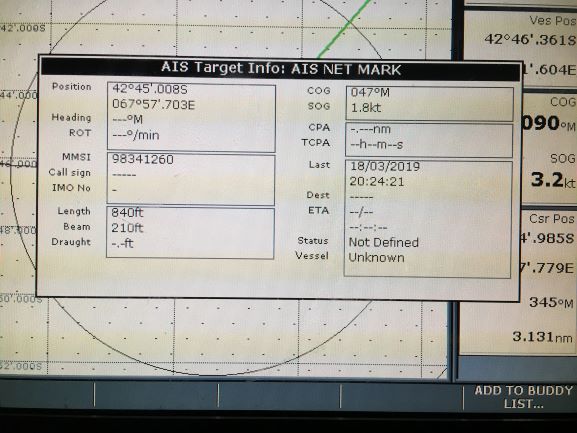 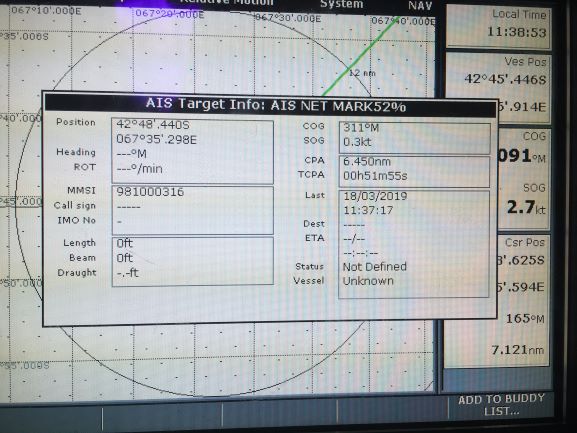 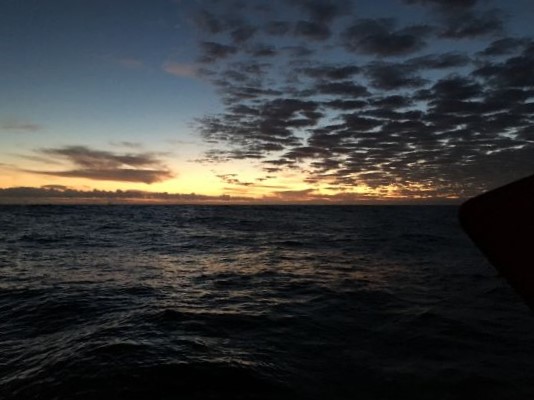 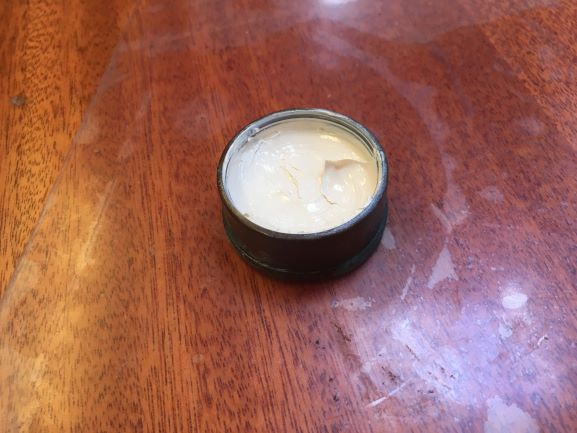 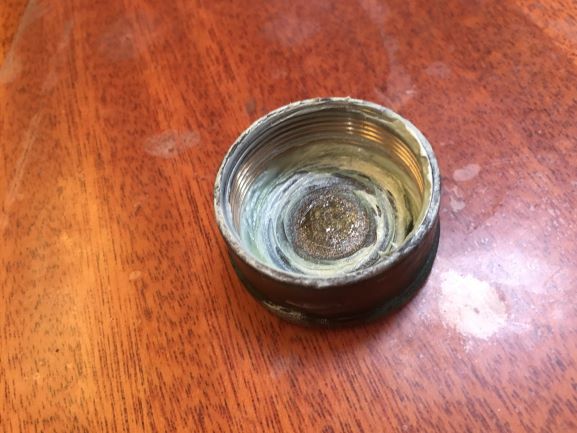