Tuesday 10am The nearest New Zealand South Island coast is 45 n.ml. away to the SE (Resolution Island) and Cape Providence is 58 n.ml. off, to SE also. Puysegur Pt is just SSE of Cape Providence, 11 n.ml. further on and the weather area nearby is named after it... notorious for bad weather!
A grey, damp, cold day again - need to get N into warmer climes!!
Forecast is for more light wind - presently 7kt! - until nightfall, when wind is expected to veer to the NW and eventually to N around midnight, increasing rapidly late afternoon to ~25kt around nightfall and until dawn, reducing to ~20kt over tomorrow daytime. I'm looking forward to making some decent speed overnight onward - we're struggling to make way just now!
A graceful albatross was seen circling around us soon after dawn - same kind as seen yesterday.

12:30pm Getting into the forepeak now to check for possible wind generator blades - seas won't get much lower than they are now, so need to make good use of the lighter conditions to dig around under the bunk there. Fingers crossed...

1:15pm Yay...!!! A complete set of new identical blades... Took a bit of getting to, but clearly it was worth it! Now need calm conditions to get up there and replace the damaged/missing blade.

5pm Interview on ABC Tasmania/Hobart went fine - good sound quality after spending a time 'tweaking' the Aurora system to allow the wired handset to be used - far better sound - thanks again, Colin!
Before that, spent quite a time watching the albatrosses and tiny storm petrels around the boat - great! Intention had been to check cockpit locker, which I did, but couldn't see anything well enough to decide if one of the diesel containers was damaged or not - need calmer conditions to explore more thoroughly.

6:30pm Another chat, this time with BBC Radio Solent in Southampton on Julian Clegg's Breakfast Show (7:25am Tuesday BST). Phone worked fine again - good sound and almost no 'warbling'.
Winds should increase overnight but I'll try to keep speed down - would be nice (and safer) to pass Stewart Island in daylight, if possible. Expecting rain, possibly heavy, as a Cold Front passes over near midnight.

Wednesday 5am NZT (Tues 1700 GMT) Changed course towards Stewart Island in wind backed to WNW, down now at 18kt from NNW-N 22-25kt earlier in the night. Rain earlier, but not so heavy. Still rolling around a lot, as we have been all night.
Have now rounded Cape Providence and Puysegur Point - the SW 'corner' of South Island, New Zealand. The wind has just backed enough to allow a better course to be set - taking us to a waypoint well clear of Stewart Island, due S of its SW Cape, and also keeping us well clear of the North and South Traps - dangerous areas of rocks needing to be avoided to SE of Stewart Island. Wind should back a little further to come from W sometime soon.

Times are getting rather confusing as we get close to the Date Line - I keep referencing GMT to be sure. NZT is exactly 12 hours on from GMT, BST (British 'summertime') is GMT + 1 hr and PDT (Pacific Time now, in North America) is GMT + 8hr . 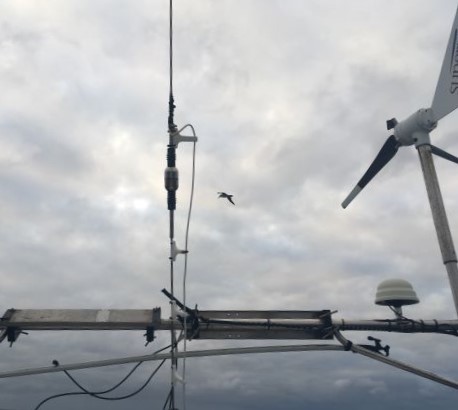 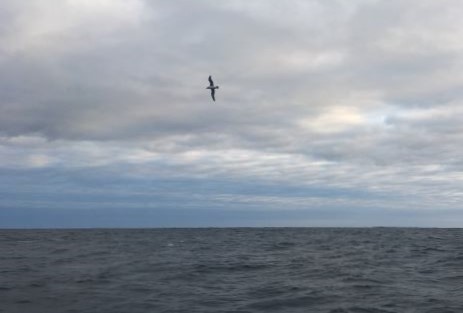 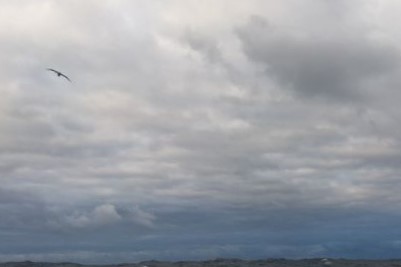