Apologies to many of you for belated email replies - have been busy onboard but will get to replying - even if briefly. Thanks for your supportive emails - much appreciated!

Saturday 5pm Seems I'm looking in the wrong hole in the Hydrovane for a grub screw that needs tightening...!! Will look again - with Loctite and Allen key in hand...

Has been a very pleasant day so far - winds just strong enough to make up to 6kt in the right direction in seas that have lain right down. Looking at weather files, it seems we're about to be becalmed again - possibly over the daytime tomorrow, rather than tonight - we'll see soon enough! And then again, early next week - caught between a high and a Low. Could be on Christmas Day...

7:40pm A low sun shining brightly from below edge of cloud layer in W - close to sunset. At present, we're sailing well at 6kt - just had to adjust Fred to bring us closer to the veered wind - coming now from WNW, not W, as is the slightly increased swell - 2-3m now, instead of the 1-2m it has been for most of the day.

Having some of the thick split green pea and ham soup I made this afternoon - decided I needed to take myself in hand and get back to 'proper' food (as well as plenty of sleep) - so made soup. It will last another day or so and is very filling. Dessert is drried apricots and prunes - maybe with some chocolate...

Waiting to see if the wind will die again soon, as it has done the last two nights around sunset. Maybe the weather forecast is correct - and it will not happen until around dawn tomorrow.

Will be monitoring the radio frequency 14160 at 0000Z (8pm LT), and then get a nap before the evening's 'scheds'. This afternoon's contact on 18115 did not work out well - too much static on frequency and too light to copy anyone - as I move further E, propagation changes. A contact in Montevideo, Uruguay, Diego, CX4DI, came booming in early this morning on 40m, though!

11:45pm A wonderful night now! A clear sky, with Southern Cross high up and the bright near-full moon throwing a path of light to us across the sea with its slight swell.
The wind had suddenly started backing around 9:30pm. First to WNW - so adjusted Fred for a broad reach .. but then backed quickly a lot more - had to gybe onto starboard tack and we were eventually on a beam reach in a S wind... A bit of further fine tuning as the wind slowly died down.... about to be becalmed again?? So far, we're making our course at 2.8-3kt... Seems like an all-too-familiar scenario....

E. Falkland is now 60 miles to our NW, with tiny Beauchene Island 40 miles to WW.

Sunday 1:45am Just noticed we were heading S at 2kt - the wind had done a U-turn - now from WNW... Had to gybe around to make our course again. But at least we're moving - at 3kt in the right direction.

6am A beautiful sunny day - still no cloud and a light wind from WNW - have managed to keep going up to now more or less on course! Wind expected to stay light over the day, strengthening later. Adjusted Fred a bit. Black-browed albatross came by and looked at me.. Back to my bunk...

8:30am Making 4kt on course in NW wind - expected to veer further to N by evening, and strengthen.
Thought to climb the mast to retrieve the end of the starboard lazyjack line from its small block on the mast - but realised there was more swell than i'd anticipated and the wind was possibly getting up, so decided it would have to wait a bit longer - it was also further up than I'd thought - well beyond the first spreader.
Still a beautiful calm day - not a cloud in the sky! Black-browed parents with their youngster and white-chinned petrels circling close by.
Enjoying guava juice, to be followed by fresh coffee, with my breakfast - will need to replenish galley with fruit juices and cereal. Boiling some eggs.

Midday Boat sailing gently at 4.4 kt in NW wind. Busy working on Genoa furler in bow, while sunny and light wind with small swell. All in bits, at present, about to try to fix end of line in place and then wrap the line around the drum, ready for sail to be hoisted at some point.

1:45pm All done! Step 1 completed! Had a few hiccups but everything worked out better than I expected. Wrapped the line on the drum the wrong way around initially - had to unwrap and rotate the drum the other way to store the line on the drum so that, on exiting, it lead correctly towards the cockpit - if I got that wrong (and it didn't seem to want to lead any other way), the worse that can happen is the UV strip on the sail edge is on the inside, not outside, of the sail when furled - no big deal at present... I'll soon find out when, eventually, I'm able to hoist the genoa again... Need VERY calm conditions for that to happen!

2pm Chatted to Uku - said gale expected just to N of Falklands Christmas Day- headed E so would cross our path if we keep NE. Also another deep Low expected on 26th - also to N of Falklands, headed E. Would be good if both could be avoided...

(PS 3pm - Wind from N - tacked around but will need to tack again soon - not a good course at present. Don't want to get too close to Falklands.) 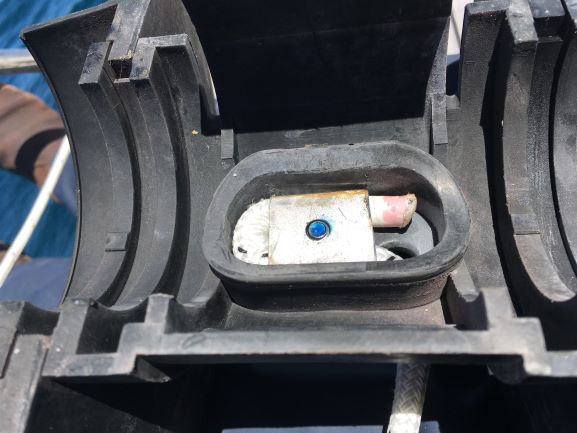 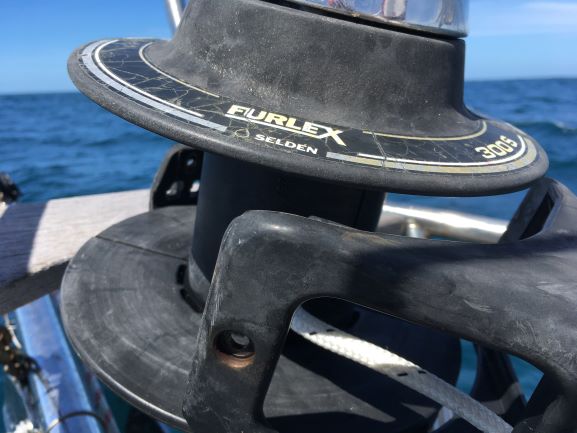 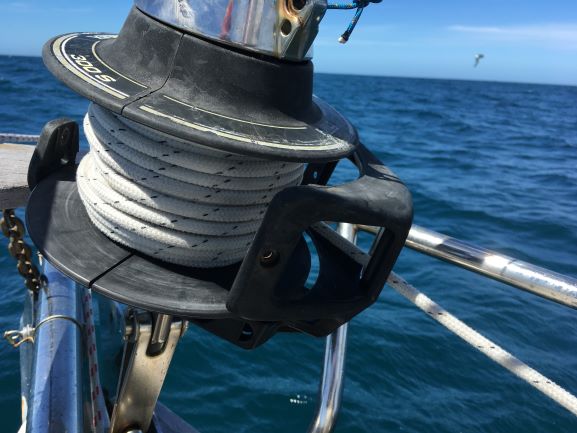