Sunday 7:30pm What a difference a few hours makes! Such a wonderful day earlier ...and not long after, the once-blue sky was covered in grey rain clouds, the wind had veered to the N-NNE and we struggled to make 080T.

I'm not sure which way to head for the best- there seem to be problem Lows ahead - certainly on Tuesday (Christmas Day) night, not far from the Falklands, heading SE across our path unless I keep to the W of it - which I'll try to do. Presently, I'm tacking to get N against the headwind, so progress is slow.

Midnight Wind gusting to 30kt or so, rough seas - about 4m or so and close together .. Very noisy and uncomfortable! Tacked around earlier and took in 3rd reef as wind began to rise, well in advance - glad I did that - need that well-reefed sail now! Close-hauled at present, but will need to ease the sheets more as the wind backs overnight to NW and then to W in the morning.
Excused myself from 7160 'sched' but came back later from being on deck and made several contacts: Argentinian and Chilean - Feliz Navidad!
To my bunk now - I need more sleep than I'm getting...

5:20am Falklands now 80 miles to WNW. Uku now 55miles to our N. Foggy with NNW wind around 20kt and rough seas around 4m/12ft - close-hauled still, so banging into them and not very comfortable.
Spoke to Bob, VP8LP, in Stanley, on 80m and Ian, VK3MO, in Melbourne, on 20m - good propagation to both on their frequencies. Trying to make NNE for time being to avoid stronger winds in Low on 25/26th to NE.
Magnetic variation has now reduced right down to 2E - just two degrees now! Means compass is virtually showing a true reading.

6:45 am Just shook out 3rd reef - wind down a lot.. Sun tried to get out - fog gone, clouds showing a few breaks... Seas still big and pounding into them and speed down as a result...

8:20am Scattered white clouds, wind less, seas still well up - expect very light wind to persist for most of the day now, backing to WSW soon, so hoping the seas will lie down soon also. If they lie down enough, and wind down also, might get the genoa in place - we'll see!
Went back up on deck, hoping to photograph small storm petrel close to Nereida while I was adjusting Fred, but it had gone - a white-chinned petrel was flying around instead.Back to my bunk now - need more sleep!

Midday Thin white, very broken cloud layer over NW part of the sky. Bright sun - put clothes and boots out to dry.
Chatted to Uku - he's about 75 miles due N of Nereida, has a good 15kt W wind and is making 6kt due north in clean air, also enjoying the sun and (relative! warmmth. He's well N of the Falklands now whereas I'm still in its lee - but seas well down so about to try to fix remaining small Hydrovane problem and then, if seas and wind down enough, will see about genoa - feeling rather trepidatious - it's big sail and not easy to hoist, even at the dock, single-handed in any wind at all...! We'll see if that happens or not - will take an age just to undo the lashing! Deliberately not hoisting more sail so jobs can be done in relative calm, even though it means we're not making the speed we could be.
Magnetic variation now just 1 degree East...
Feeling as though I'm having a holiday, weather and conditions are so nice just now - very relaxed! A nice Christmas present, even if only temporary... 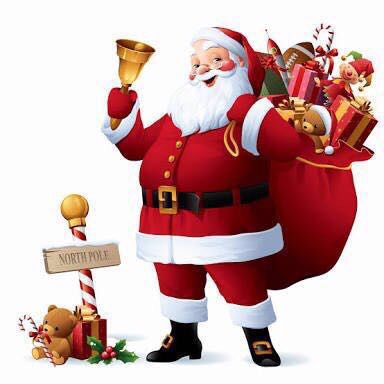