×
Wed 10th Oct: Lovely slim crescent moon tonight soon after sunset. I'll look forward to increasing moonlight from now on. There was a fair amount of sun getting through scattered large clouds this afternoon, so hopefully the night skies will become clear also, with lots of stars. Hadn't realised how hungry I was until after cooking a delicious meal of minced beef with tomatoes, onions, mushrooms, potatoes and sweetcorn. I'd started cooking while sun was still up and was going to make Spaghetti Bolognese but changed my mind to use potatoes and sweetcorn instead! Easier for re-heating. As I tucked into it, I remembered I'd missed lunch completely! There's plenty enough for two more meals, I reckon - had to cook up last of fresh meat while it was OK. Eggs can wait - I'm remembering to turn them most days. Thurs 11th Oct: 6am PDT Dark night still, speed down to 4.5kt in wind just under 20kt from just E of N. Wet cockpit from rain before, hint of fine rain in the air, what few stars to be seen are hazy, through gaps in the cloud. Unfurled full genoa to increase speed - gave us another knot or more. Rolling motion of boat is less extreme - seas are finally lying down as we leave area of strong wind but still have to hang on when moving around. Downloaded fresh weather info - a constant process of cancelling old areas and asking for new ones as we move south. Winds looking good now, although diminishing to ~10kt by end of weekend - looks as though it will be best to stay close to 128-130W over next few days. By 7am, first faint strip of rosy-yellow light over E horizon - enough to show broken cloud patches in E but fewer clouds geerally with clear sky overhead. Sunrise can't be far off. Running main engine in neutral to charge batteries. If the seas stay down, I'll hope to see to the genset problem later today. While engine was charging the batteries, I used my SSB/HF Icom radio to make contact with a few people - have been minimising radio use due to charging problem, apart from regular brief contact each evening (0310GMT/8:10pmPDT) with the Pacific Seafarers' Net on 14300 kHz to report position and weather. Was nice to make several contacts and chat a little to a few radio friends. 10:30am PDT Rain has cleared away completely, but plenty of white clouds around. Air feels cool, although it's nearly 20C/68F and humidity is up at over 80%. Still a lot of rolling around - going downwind, so that's not helping. Just relaxed over a coffee to write this, after preparing to work on genset: door tied back to stop it from banging in the swell, case removed, cushions placed on floor over nonslip pad to save my knees and maybe help in not sliding around too much with motion, spanners/wrenches and screwdrivers to hand, seacock turned off (!), water-bottle to hand to top up sea-water cooling pipework (if at all possible), paper towels, in case needed ... We'll see how that goes - always a fiddly job but usually works out OK - just takes a time. (See photo of seawater pump which will replace the present one with a damaged impellor - also an airlock in the hoses needing to be dealt with. First step is to remove belt.) I just heard my last news update didn't arrive - annoying since it was sent in good time (with photos) early yesterday afternoon. I've just sent it again - both with and wihout the photos - so hopefully something will arrive before it's time to send today's update.... Later: It arrived finally - must have got lost in the ether yesterday! 1200 PDT - end of Day 8. Sunshine in between large white clouds, occasionally mostly cloudy. 7 second interval between swells means still very rolly and occasionally still being knocked about. We made 135 n.ml. DMG over the 24 hr period, despite wind easing overnight to ~20kt. Instead of wind veering more into NE, as I'd hoped, it has backed a little into N or even W of N at times. Ex-hurricane 'Sergio' further S has affected the wind pattern - but I'm hoping things will get back to 'normal' soon. Trying to keep in better wind by checking weather forecasts regularly. Time for my last avocado for lunch - with hummus - the two go well together! Position & weather report posted to Winlink.org and Shiptrak (using my US callsign of kc2iov) not long after midday PDT (=1900 GMT): TIME: 2018/10/11 19:00 LATITUDE: 36-36.84N LONGITUDE: 130-19.84W COURSE: 140T SPEED: 6.2kt WIND_SPEED: 18kt WIND_DIR: N SWELL_DIR: N SWELL_HT: 2.5m SWELL_PER: 7sec CLOUDS: 80% BARO: 1017.5 TREND: 0 AIR_TEMP: 20.0C SEA_TEMP: 21.0C COMMENT: Rolling about still....Over 400 ml W of Monterey Bay. 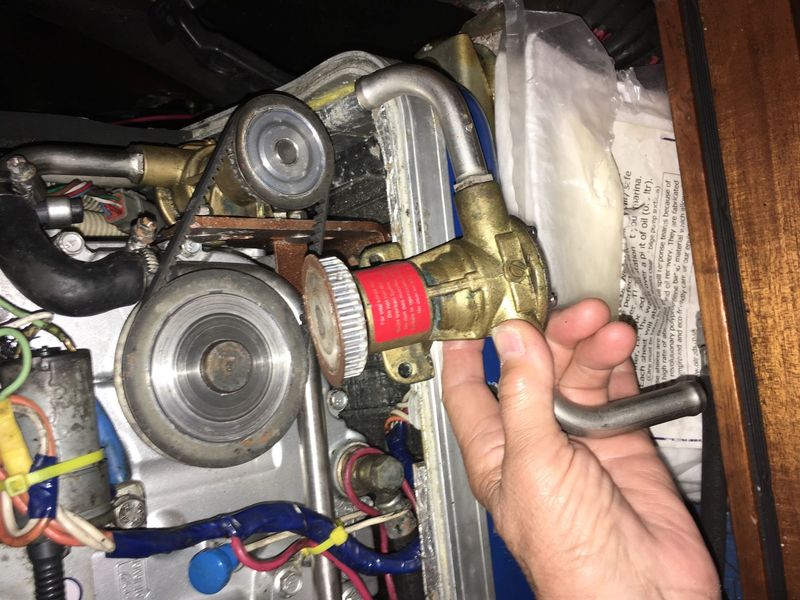