The last two weeks' work has included the routine changing of engine oil (along with the oil filter and sea-water pump impellor and then cleaning the seawater strainer, which was happily growing some marine life!). It was nice to have had an offer of help - last Saturday, Aubrey came by and helped with the oil filter change and several other jobs - thanks a lot for that, Aubrey! More cleaning out of several spares lockers was followed by reorganising and listing their contents and I've been working on backing plates for four winches, with help from John Booth (thanks for that kind offer, John) in the initial cutting out of the aluminium plates, ... The work continues - with a welcome break to visit Butchart gardens with a friend early one Wednesday, resplendant in its beds of summer flowers and roses (many thanks to Steve for the tickets!)

One photo shows another problem area - fitting a dive tank securely, in place of a slightly smaller one. All nicely fitting now, after quite a time spent cutting wood, but three long screws holding a block of wood in place had to be replaced - heads were too damaged to be reused, after a struggle to unscrew them. Now I need to figure out where to put a second tank - in forepeak, I’m thinking.

More jobs were stowing electric and data cables and adaptors etc in an organised way and beginning the sewing of some very over-long fleece-lined, warm trousers - it’s a problem being so short! The main cabin was actually beginning to look a bit tidier, at that point!!
(Later had a kind offer to shorten my trousers for me with a sewing machine - very many thanks for that, Lesley!)

Saturday 1st Sept
Back in Tsehum Hbr - should have been moving on today but delaying until tomorrow - just too usefully busy dealing with forepeak lockers and listing - continuing to find things I’d totally forgotten I had...!! Main cabin is back in partial chaos, along with the cockpit, due to the locker still emptied there to give access to under the winches.

Yesterday
, I had a shock as I was about to leave Cadboto Bay when all instrument displays went blank with a plotter problem - I decided to leave anyway and eventually the problem was sorted - suspect I now know how to avoid a repeat - fingers crossed...!
A good afternoon of work
was had on arrival here, grinding the sharp cut edges of the aluminium winch-base backing plates - all nicely rounded now, ready for the next stage - coating to prevent corrosion.

Thursday, I should have been on board
'Fiasco', dressed as a pirate, for the last fun session of Thursday night racing - but I was still busy at the drill press in the workshop, enlarging the bolt holes in the plates to make for a better fit. I’d been in & out of the locker many times earlier in the day, checking the fit. Several 'pirates' in the crew definitely looked the part!

The work continues ... I can now see the
all of the bunk top in the forepeak .... Definite progress !

The sun is shining, the sky is blue - time for a break and some food... 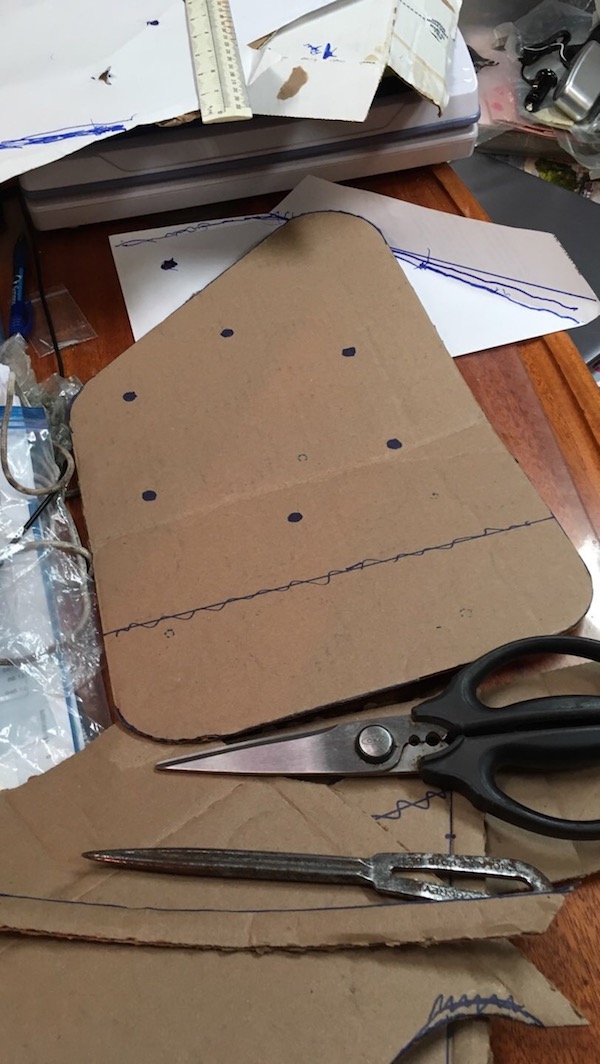 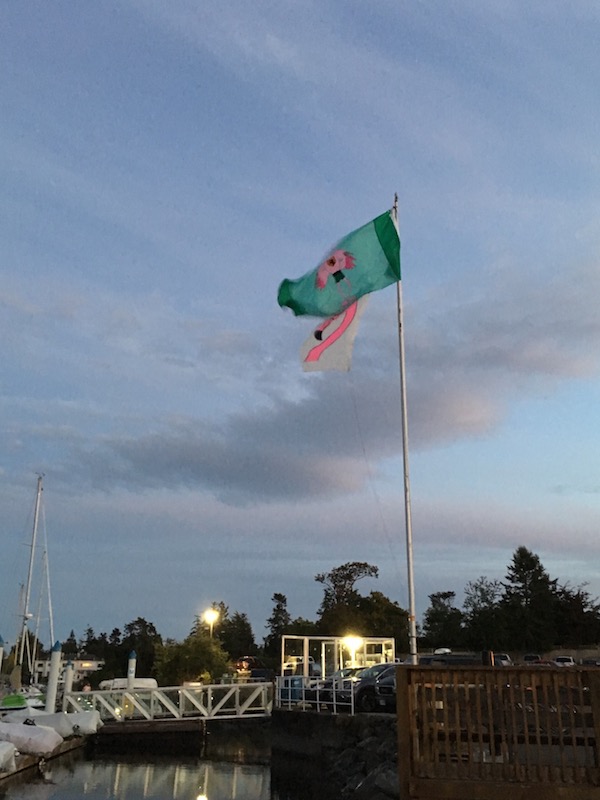 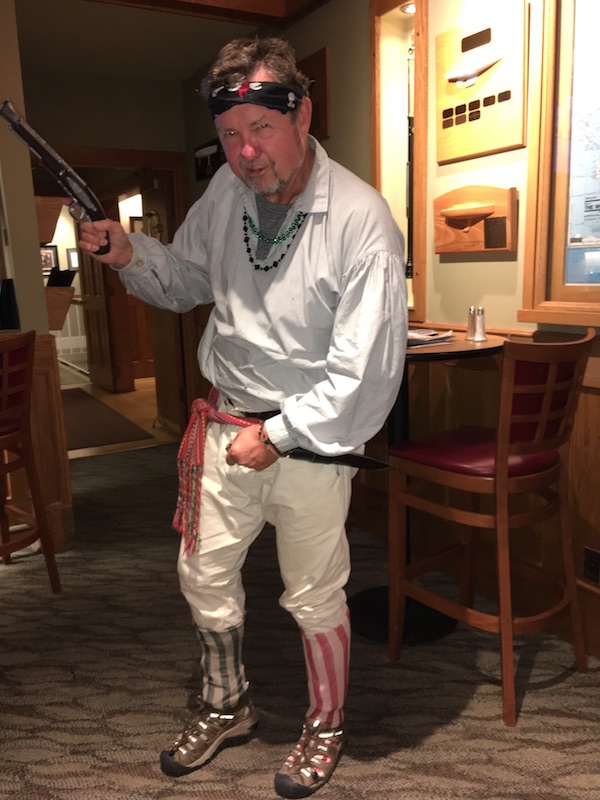 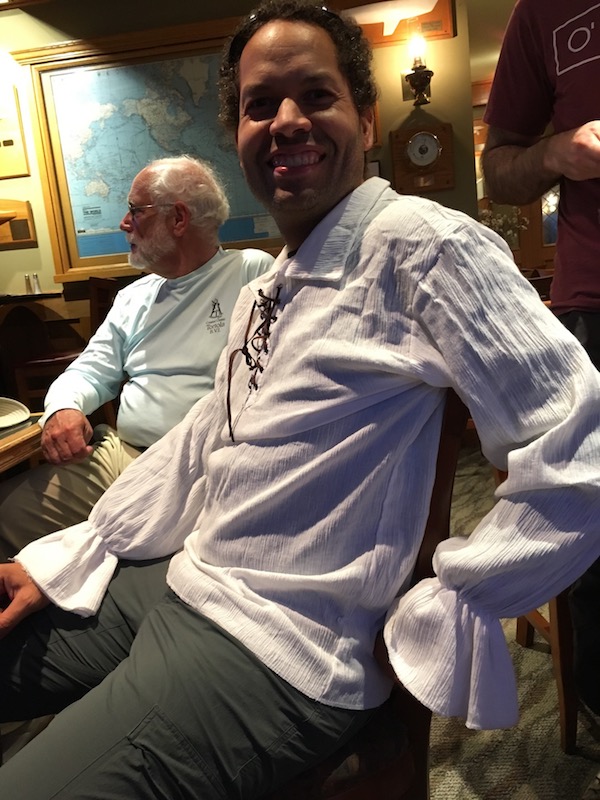 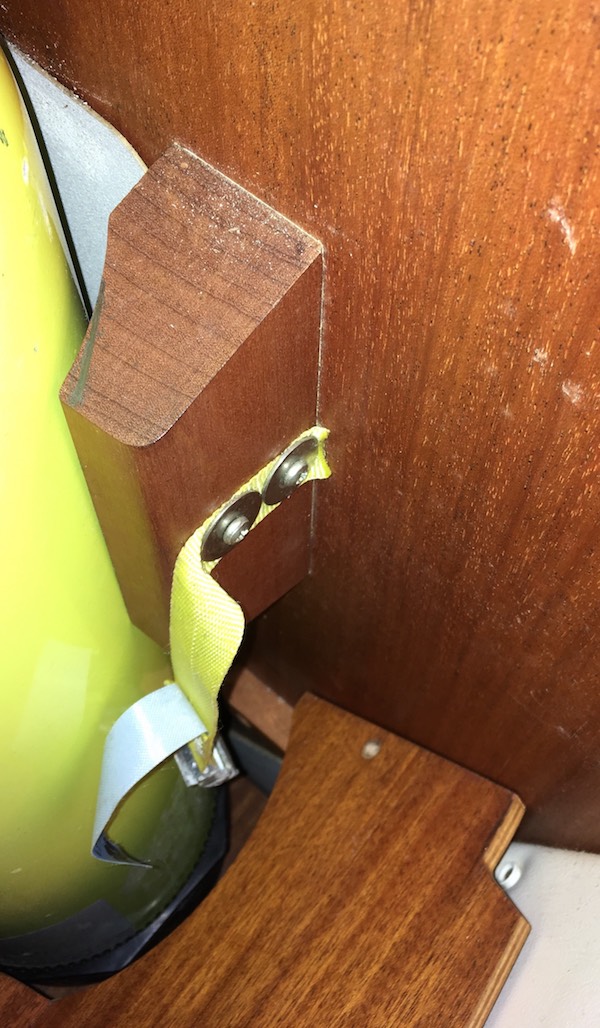 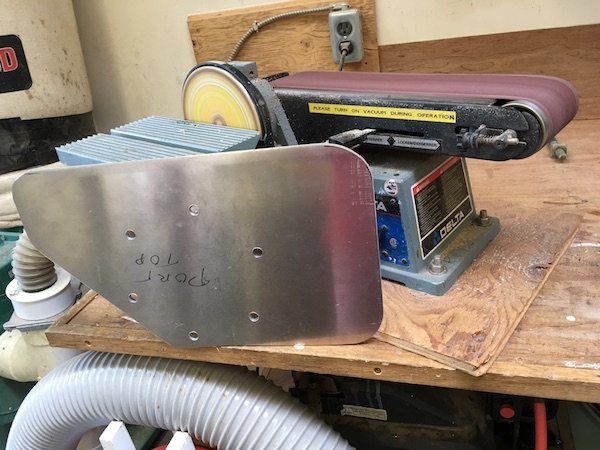 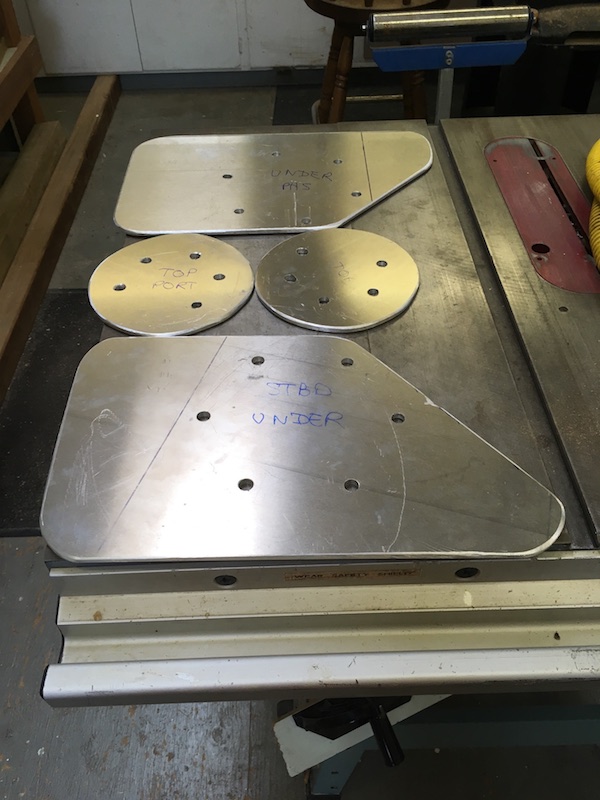 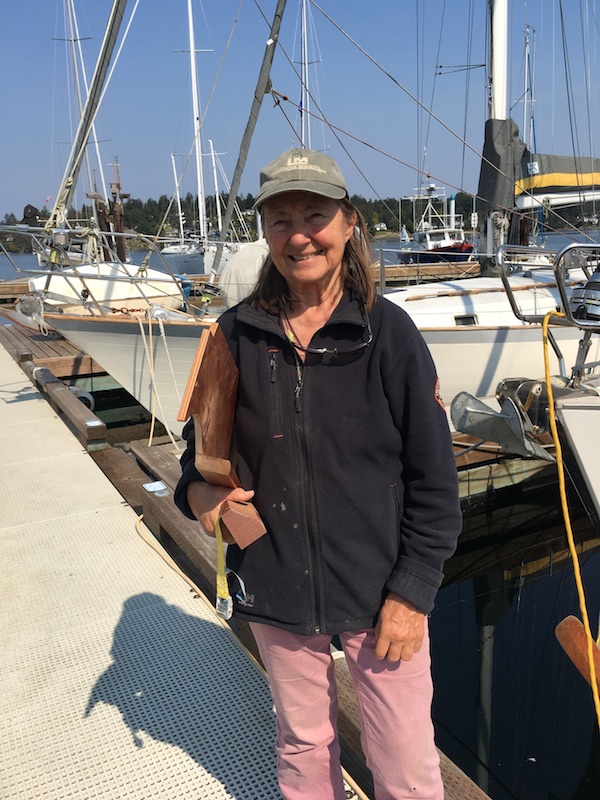 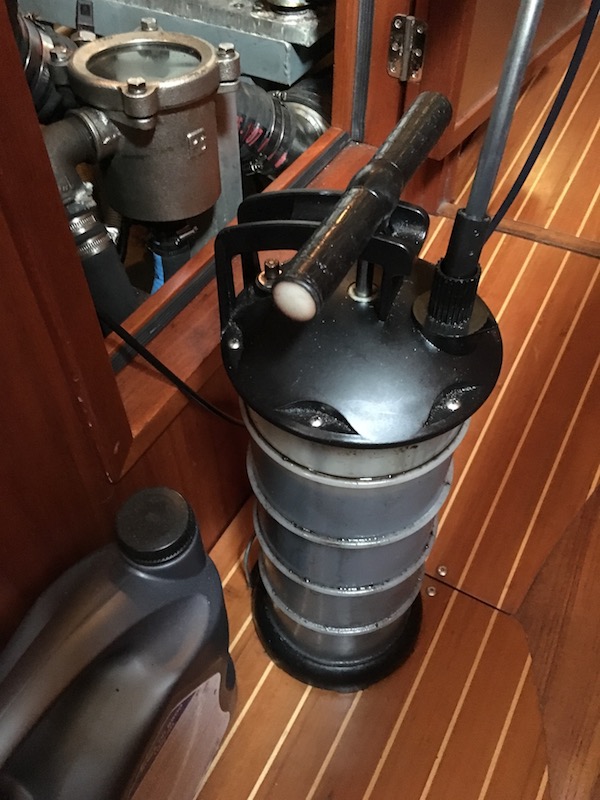 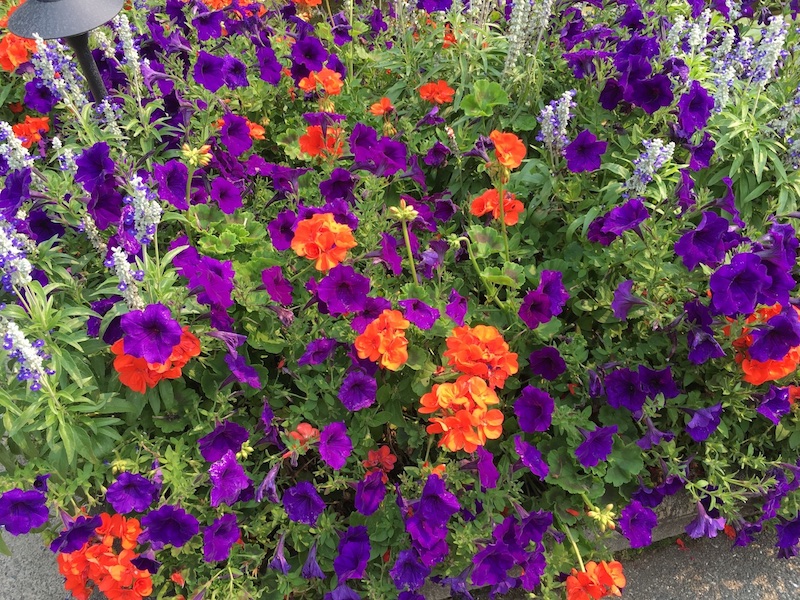