Moved on from friendly Maple Bay Y.C. on Wednesday...   Photos start with  lovely Samsun Narrows on the way there last Sunday - Regatta was underway when I arrived - had to avoid a start just ahead of me!

Leaving Maple Bay, the wind was up for a while and then totally gone...  A typical B.C. barge being towed by a small but sturdy little tug overtook us as we passed the N end of Saltspring Island in a glassy flat calm and headed on towards Trincomali Channel and rocky, rough, Porlier Pass.  Vital to get the timing right for transit with a flood tide of up to 6knots - definitely something to avoid!  We arrived perfectly on time as the flood was nearing slack water before the ebb - but, even so, the waters at the far end were very rough - a bumpy ride, for sure!  (You can see the whitecaps ahead in the photo.)

Had to organise a few things on deck before I could raise the main and start what was to be a lovely sail across the Georgia Strait in a good wind of 12-14kt off the port bow.  We were close-hauled to begin with but as the wind backed and eased a tad, it became a very pleasant beam reach.  We were well heeled by the wind ....a timely reminder to stow things securely!

A good landfall was made in Vancouver around six o’clock - perfect timing to meet up with some friends for a drink and a meal at the Royal Vancouver Y.C.  Tying up got ‘interesting ‘ with a very strong wind and current in the same direction, trying to sweep us sideways as we approached the dock - had to back away and come in a second time to allow for that strong current.  Many thanks to smiling, friendly Dockmaster Thomas who had come over to help with my lines.

A small group of OCC members sat on the RVanYC  upper balcony in Jericho Bay and watched a beautiful sunset over the entrance to English Harbour..

The next day was spent keeping very busy on board, clearing up in the main cabin - tidy, at last!  It was clear enough to open up the dining table and celebrate by entertaining Clive and Angela of ‘Cosmic Dancer’ on board that night - with a steak dinner.  Feeling good to be nearing the end of all my clearing/sorting efforts down below - just the forepeak to finish off.... and that’s almost done.  Still plenty of jobs still to do - some shown on my whiteboard above the chart table...

I got a message from Paul Bates this afternoon- he’s finished coating the aluminium winch backing plates - thanks for that, Pau!  They were finished very quickly, which is great since I’ll now be able to get on with the next step - to check the bolt lengths needed and buy some longer ones so the plates can be fitted in place - a job for early next week when we’re in Canoe Cove.

Tomorrow, I leave for a short visit to friends in Gibsons before returning to Vancouver Island across the Georgia Strait again on Sunday - it could rain this weekend, I hear... but, hopefully, I’ll have another good sail. 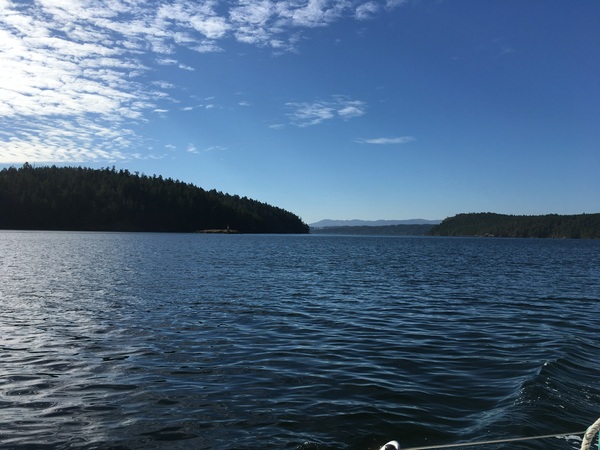 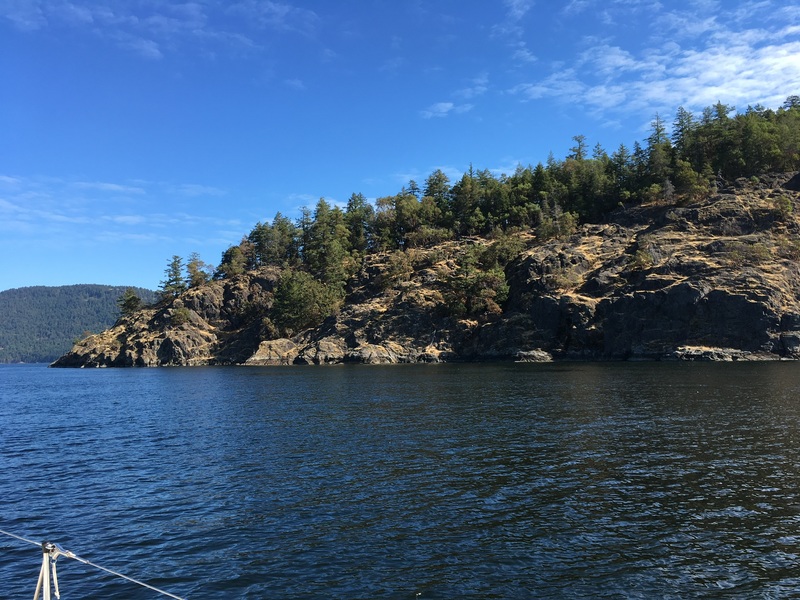