Had a good but brief visit to friends in Gibsons and sailed back over the Strait to Vancouver Island in a strong southeast wind - made making for Active Pass a non-viable option, especially against the flood tide. So made for Porlier Pass instead - just made the entrance perfectly at slack before the ebb and noticed that the rough water usually seen there was missing - perfect timing! Came past the two small lighthouses at the start of the ebb and carried the ebb nicely on all the way to Selby Cove - an excellent small anchorage, totally protected from SE winds.
As the sun was near to setting, there was yet another shower and an amazing, vivid rainbow appeared close by off to port - a beautiful sight that lasted for quite a time.

Up with the sun to make the last leg to Canoe Cove, passing Swartz Bay ferry terminal in the island ‘rush hour’ - three ferries came close by!
A busy couple of days at Canoe Cove in a Blackline slip - among other smaller jobs, Jeff checked the rig and winches, changed the wind transducer and its wire inside mast and helped get the finished winch backing plates into position. We had a useful discussion on adjustments needed to mainsail and reefing line leads with Brent before Steve took the sail Monday night to Paul at Leitch and MacBride for battens to be dealt with (need stiffer ones and to be fixed firmly in position at leech ends. (Thanks to Steve for coping with an awkward sail delivery after bringing the completed backing plates!)

Getting on with other jobs today, including connecting up the wind display to the mast wire from the transducer, before making for Saltspring tomorrow, to stay a few days, getting on with more work and giving a chat to friendly, hospitable Saltspring Island Sailing Club Saturday evening.
Nice to cross a few more jobs off my list.... but still plenty waiting to be done! 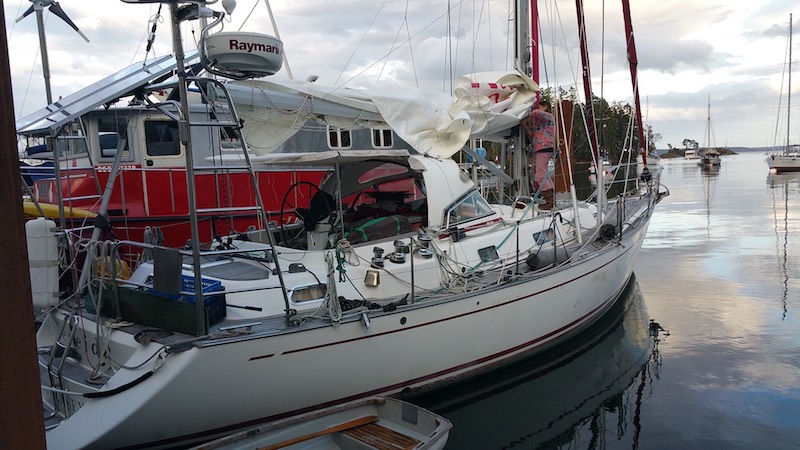 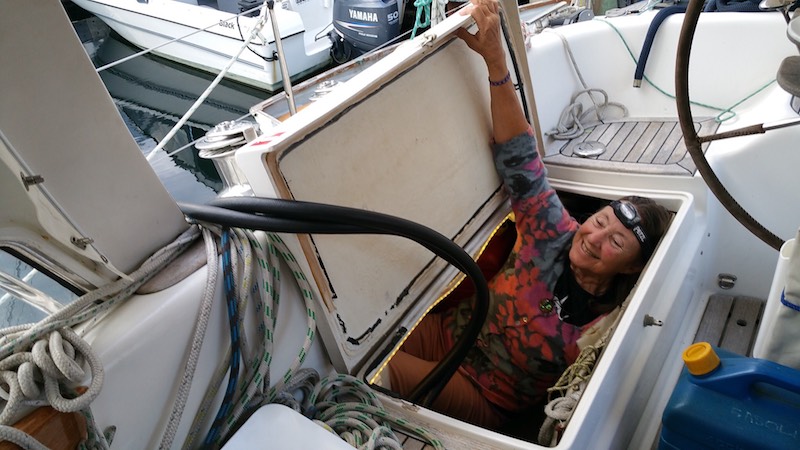 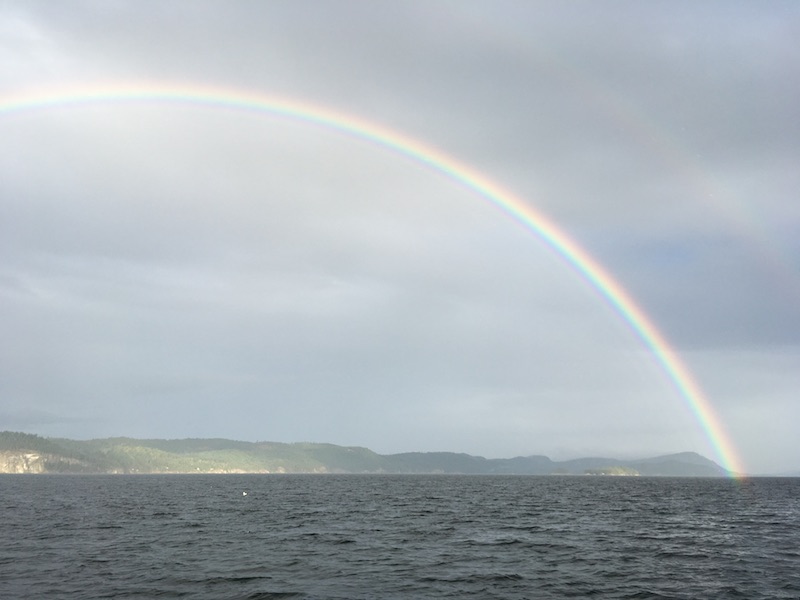 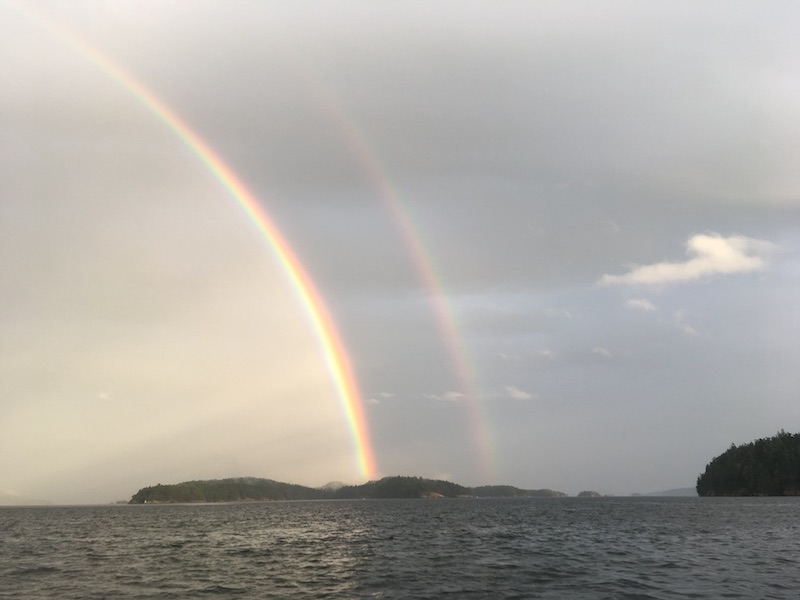 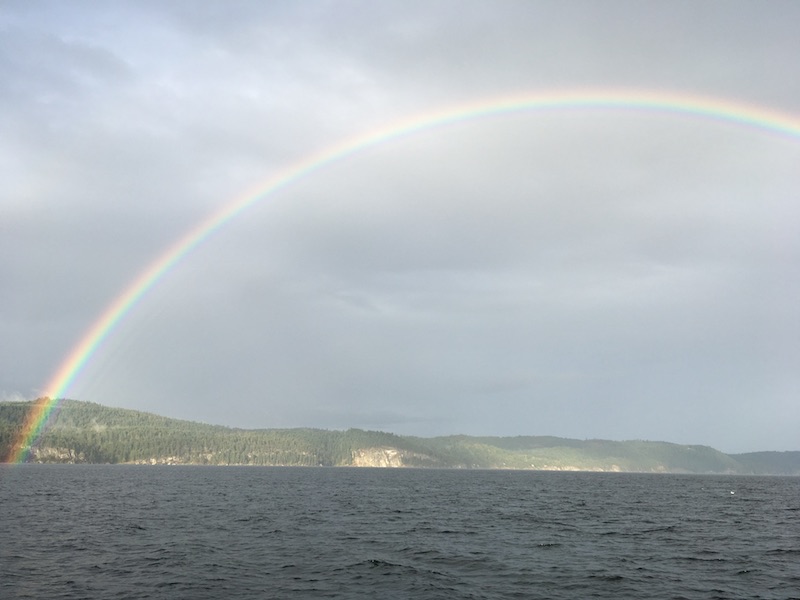 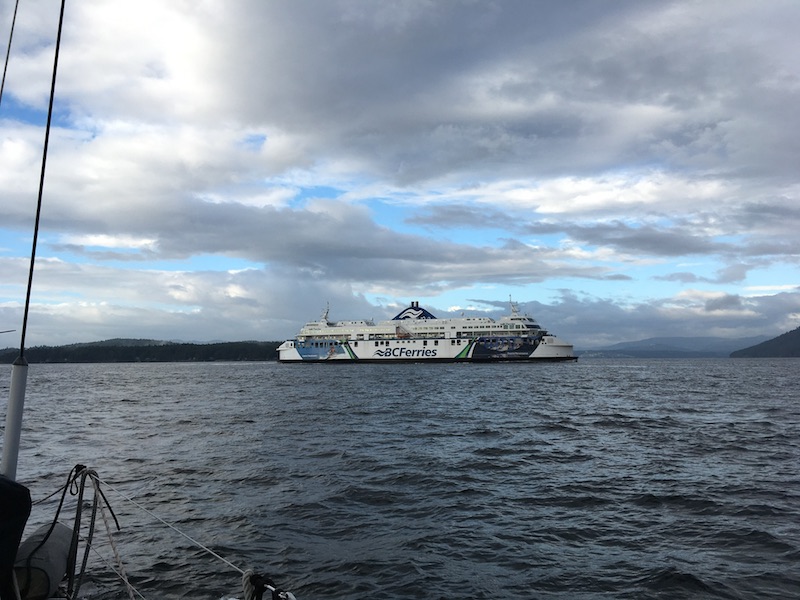 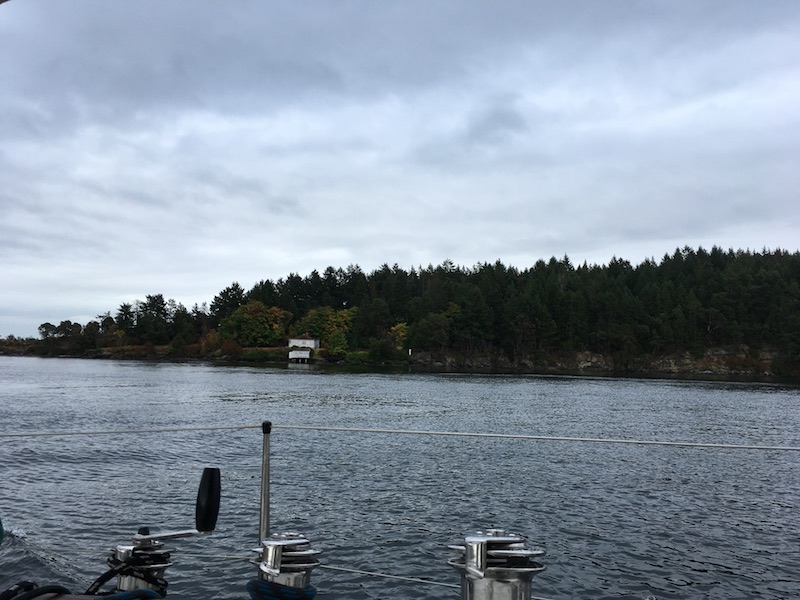 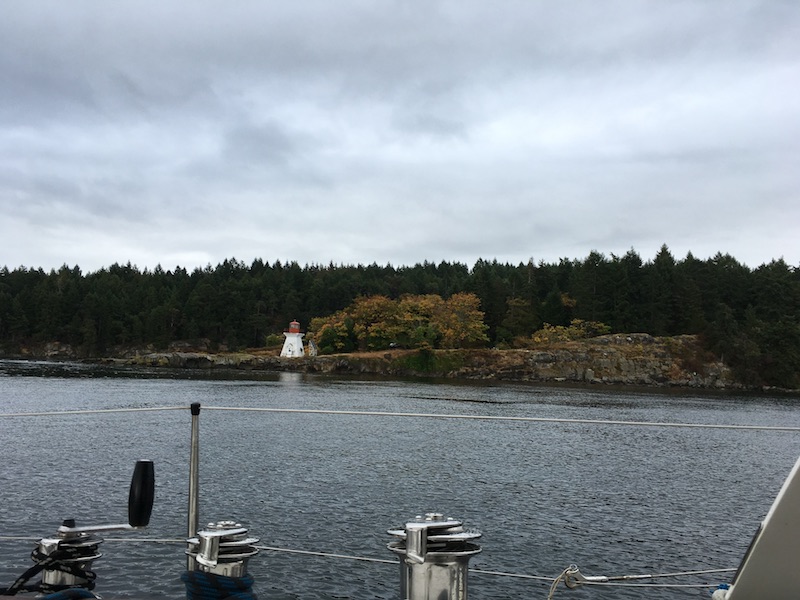 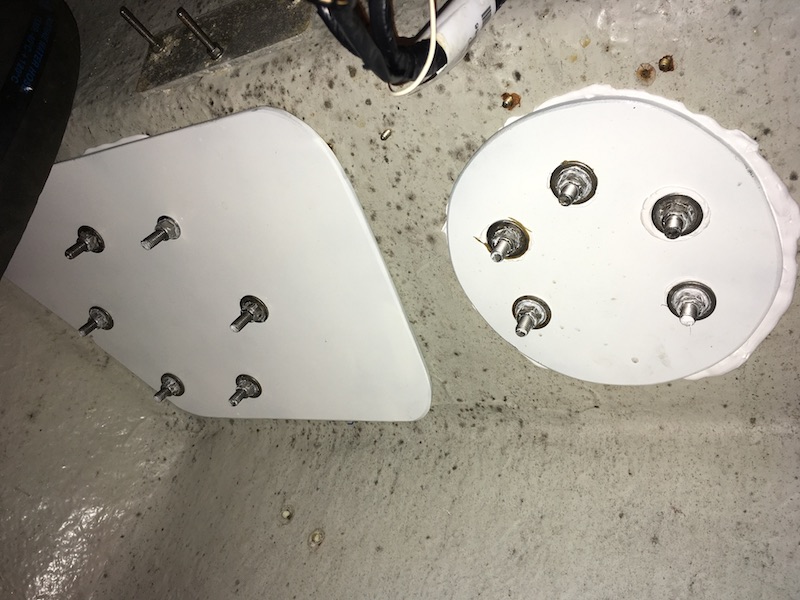