At least 8 tiny creatures, one long ragworm, several weed growths & a lot of squiggly chalky 'worm homes' - no wonder the speed impellor hasn't been giving a readout. Propspeed on the paddle wheel did a good job, as usual, but the uncoated cavity & side walls were home to a living congested village!
Now to replace it & dry the area before starting the next job.... but after a swim under the bright sun... It is Sunday, after all!
It will be nice to get true wind and current readouts ...for a time, at least.
Relaxing in between work - have been laughing out loud while reading some of Bill Bryson's comments - hilarious! 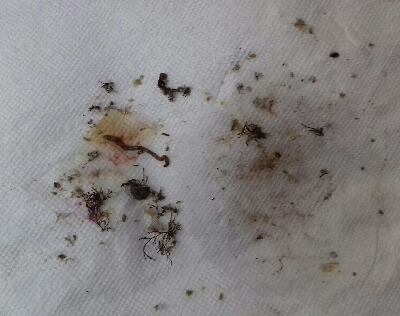