I'm on my way back to 'Nereida' after a one-week diversion to New England for an enjoyable time meeting up with 'ham' radio friends made during my circumnavigations.

Rick and Janet took me for a drive around Lake Winnipesaukee (largest lake in their home state of New Hampshire), passing through typical, lovely, wooded New England countryside, with mainly wood-clad homes everywhere.  Unlike England, from where I'd just flown into New York, trees weren't quite showing any new leaves yet and, over my second night with them, the temperature plummeted and overnight snow glistened the next morning.  Photos show Rick's snowy patio, with some of his several aerials, and his 'radio shack' from where he often chatted to me when in the S.Atlantic and S.Pacific Oceans 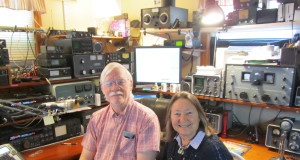 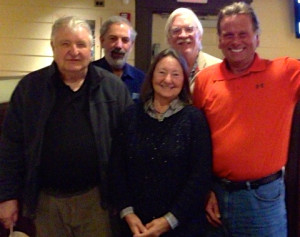 On Wednesday I was taken to Freeport (where I found some useful small items for 'Nereida' at L.L.Bean!) to meet with John and be driven on to his old farmhouse in Maine, where he & Marcia keep several lovely horses - a lot of work!

We had a fascinating, but all-too-short, visit to the Maine Maritime Museum in Bath where the ultra-modern lines of the newest U.S.Navy frigate(?), being finished in the Naval Yard close by the Museum, were noted as being very 'weird-looking' and totally 'un-boat-like'!  I heard it was designed to be like the Stealth fighter - almost invisible to radar.

We also had a very interesting tour around the Lyman Morse yard in Thomaston with its very comprehensive facilities.    Stanley Paris's 'Kiwi Spirit' and her construction and equipment details gave us plenty to discuss with our knowledgeable host, Drew Lyman (son of Cabot).

The snow lay around in New England all that week, with temperatures well down.  All too soon, I was on my way back to a very mild New York, with its very helpful bus drivers, from where I flew on to Hermosillo (Mexico) via Phoenix, where I was to be greeted by friends Bill & Michaela, who were to drive me down to San Carlos.

I'd had a busy few weeks back in England, trying to catch up with friends, family and paperwork, in between organising items to bring back for 'Nereida' and attending two Dinners.    One was at the Royal Thames Yacht Club in Knightsbridge, a short walk from a famous store (!), where I was presented with the Royal Cruising Club's 'Seamanship Medal' 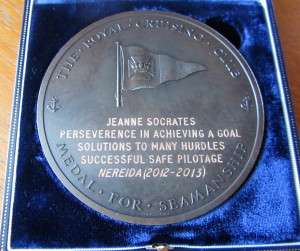 and the other was on board the historic vessel HQS Wellington, (home of the "Honourable Company of Master Mariners") by the Thames Embankment, where I received the Ocean Cruising Club's 'Barton Cup'.   (I also heard that I had been recognised by Guinness World Records as being the oldest woman to sail solo, nonstop, unaided around the world!)

I regret to say that due to an unfortunate accident early on Monday, on my way to see 'Nereida' in dry storage here in San Carlos, I broke my collar-bone.   So I'll be rather restricted in my work efforts for a few weeks, although the yard will be doing some good jobs for me in the meantime - mainly preparing the boat underwater surface ready for applying Coppercoat, applying Propspeed and making a hard top (dodger) over the companionway to replace the present canvas awning.  Fortunately, of the many jobs waiting for me, several are small ones, so I should be able to get those done, once I'm feeling a bit better.   The police and ambulance service here in San Carlos were highly efficient and I was soon being X-rayed & seen by a good doctor.   I'm now being well looked after by kind Bill & Michaela. 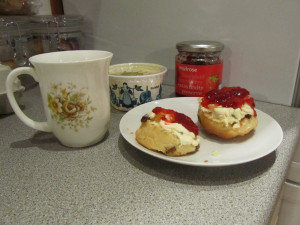 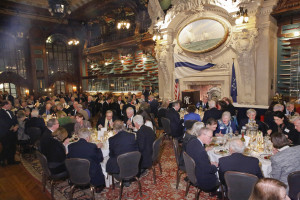 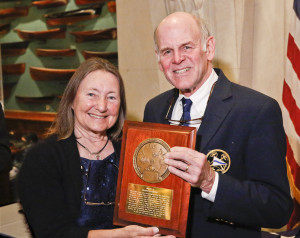 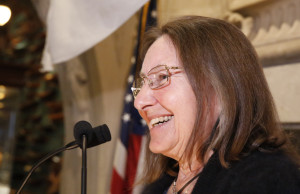 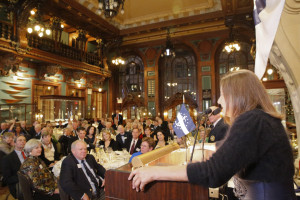 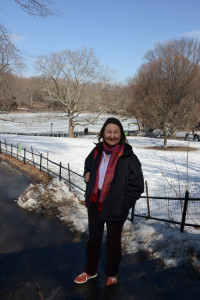 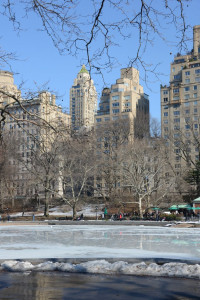 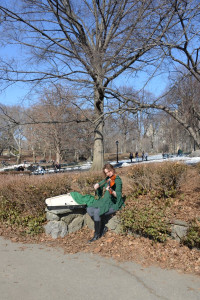 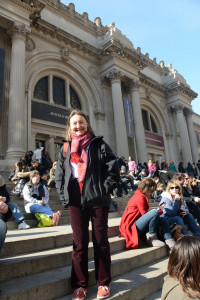 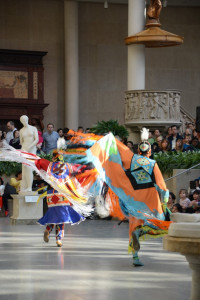 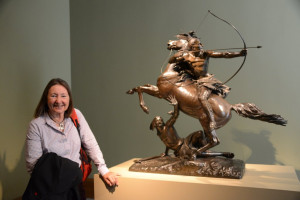 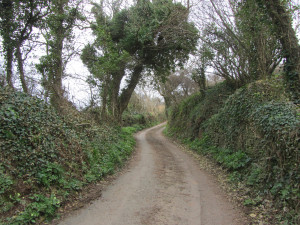 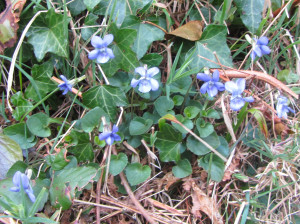 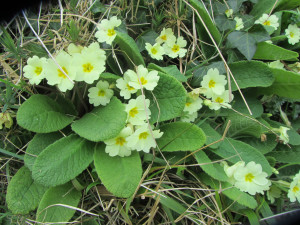 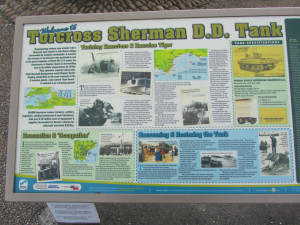 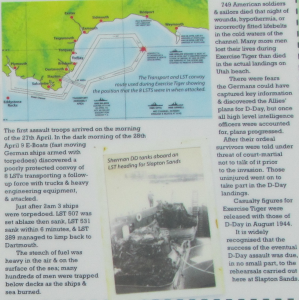 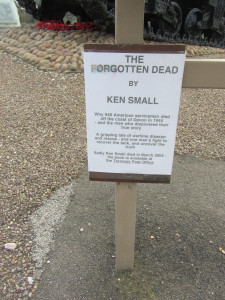